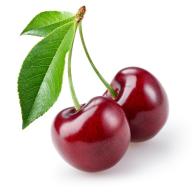 Game Lounge is a Scandinavian affiliate group owned by Cherry. They have recently picked up a number of Finnish web domains that they believe are going to help them to expand even further than they have been so far. A total of six domains were purchased for a total of €1.2 million, and that comes out to an average of €200,000 per web domain. The point of this move is that these sites will make it easier for Cherry's brands to get new customers, and they believe that they can make this a very worthwhile investment in the process.

Cherry expects to increase their EBITDA figures by a factor of about €600,000 each year, and they plan to do this by adding another 10,000 new depositors to their stable. On top of that, they also expect to get more deposits from already-existing customers as well. What this means for players is that they'll gain more awareness of Cherry brands, and that makes it a win-win situation since increasing brand awareness helps players to understand that they have more of a choice in where to play.

The Domains in Question

There have been six domains listed for this acquisition, and they're fairly prominent in Finnish online gambling circles. They include nettibingo.eu, nettipokeri.eu, nettiveikkaus.ey, onlinecasinofindr.com, netticasino.eu and nettikasinovertailu.info. Because these domains already get so much traffic for that target audience, it's basically an example of Cherry buying their way into an already-existing audience instead of having to spend the time to build up their own methods of accumulating more customers. This is essentially an investment in their future, and it will allow them to increase their customer base faster than they were able to before.

For the time being, it's hard to see how Cherry will try to expand next. Chances are that they will rest on their laurels for a bit of time and leverage these six domains before making new acquisitions. Once things are going well for that investment and it's paid off a bit, they'll probably find new ways to expand that make sense for where their company and its brands are at in the future. Until then, we'll have to just wait and see how this first investment pays off before we can speculate on what they'll do next.