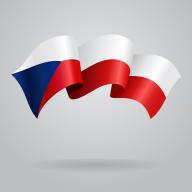 Gambling laws can differ wildly from one country to the next, and they can even differ completely from one part of a country to another. A number of changes to gambling laws made by the Czech government shows that they can really control the industry without making it illegal, and that's exactly the point of a new tax regime that's going to run taxes up to as high as 35 percent for some. Any industry expert will tell you that this will push many games into the realm of being unprofitable to run, and that means choices for players are about to be cut down significantly.

The Point of the New Laws

The idea behind these new laws are to cut down on Czech gambling quite a bit. The basic point is that it will limit the amount of gambling going on period. They also seem to be under the illusion that the higher tax rates are going to compensate for the lower levels of gambling going on when it comes to the total amount that the government will receive in revenue from gambling proceeds. We've seen this type of policy put in place before with excessively high taxes, and it's never worked out the way that the government hopes it does in terms of revenue levels staying the same.

Without completely outlawing gambling, the Czech government has pushed the country towards gambling prohibition in a major way. If the games can't be operated properly within the government framework, that doesn't mean that the demand for those games is going to go away. Instead, this is simply going to increase the incentives for operators to run illegal, unregulated games. Since they'll be able to offer better odds to players, this will also increase the incentives for players to get in on the action in those games.

A number of other changes in the new laws aren't so bad. They include things like loss limits, monitoring systems to identify problem gambling behavior and new safeguards to protect against underage play. There's also a provision that gambling can't happen in bars or restaurants, though it'll be interesting to see how well this all goes over with the exceptionally high taxes that are being added to the mix as well.