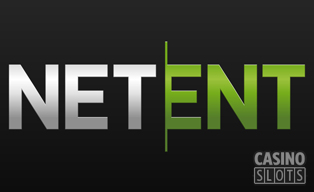 The line between the online casino industry and the land-based side of the industry is interesting in that only about five percent of the total overall market is held on the Internet. This means that online gambling companies like Net Entertainment have a lot to gain by getting their titles featured in land-based contexts. This is exactly what has happened with a new deal through William Hill that will see certain titles released in retail locations. This is an exceptionally important deal for Net Entertainment because it shows that they're starting to cross over into the larger, land-based market.

The first NetEnt title to be available in William Hill retail stores was Starburst. This is an extremely popular game by Net Entertainment that uses a futuristic theme with five reels and three rows. The wild symbol expands to cover the entire reel and gives players re-spins for a ton of action. Wins are also paid in both directions, and this combines with the expanding wilds and re-spins to give you opportunities for tons of major multi-line wins.

One of the things that stands out the most in this game is the ambient music that accelerates and becomes more intense during the free re-spins. When you combine this with the visual appeal, it really is the perfect choice for the first game to be released in these retail betting shops for William Hill.

William Hill is the largest betting and gaming operator in the UK and this partnership will allow us to maximize distribution in their major channels such as retail, desktop and mobile.

The Expansion of Online Gambling

Even though the online gambling market has been getting bigger and bigger each year, it's only a small fraction of the size of the land-based market. This is why companies like Net Entertainment would really prefer as much cross-over action as they can get because there's such a larger market to go after. Whether they are able to parlay this into other types of land-based expansion is yet to be seen, but it's another step in the right direction from a company that knows how to set trends in the online gambling world.