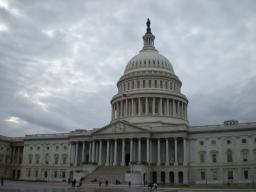 When it comes to online gambling and its connection to businessmen and politicians, nothing should really surprise us anymore. However, when something as bizarre as Ronald Perelman backing Lindsey Graham happens, people really take notice. Senator Graham is running for President of the United States in 2016, and he is known for being very anti-online gambling. What makes this so strange at first glance is that Ronald Perelman is a billionaire investor who is the single-largest stockholder of the popular company Scientific Games. Scientific Games produces casino games, and this includes a huge online gambling portfolio.

Why Graham is So Bad for Online Gambling

Another big businessman who Senator Graham is tied to is Sheldon Adelson, and they've both shown a ton of support for the Restoration of the American Wire Act, a proposed law that would effectively ban most forms of online gambling on a federal level based on restoring a misinterpretation of the Wire Act from the 1960s that was used to combat mafia bookies. Perelman has made a lot of big donations to the campaign funds of Lindsey, and Lindsey is looking to introduce the bill mentioned earlier in the Senate again later this year.

How the Move Makes Sense

A lot of people might just be wondering what in he world Perelman is thinking here, but you have to think about the big picture. Ronald Perelman invests in a ton of different companies and industries, and even though backing Graham might seem like it's in conflict with his investments in Scientific Games, the fact of the matter is that there are a lot of other factors that come into play. We don't know the full extent of his investments in other companies, and we don't know how backing Graham affects those.

Long story short, someone like Perelman definitely has his reasons for backing specific candidates for major positions like the President of the United States, and he's in a much better position to decide what's best for his investments than anyone else. While it might seem strange at first for him to back Graham while backing Scientific Games, you also have to remember that the online component isn't all that Scientific Games does either.