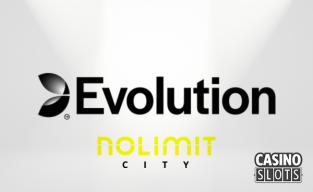 Evolution extend their presence in the online gambling market with the acquisition of Nolimit City. It’s part of their strategy to become the leading provider of games and content in the world.

Nolimit City has a great reputation of innovation and for games with sometimes controversial themes, with Punk Toilet, and Remember Gulag being prime examples.

Nolimit City will join premier brands such as NetEnt, Red Tiger, and Big Time Gaming in the Evolution family.

The deal is expected to be completed by Q3 2022, subject to the usual regulatory approvals.

Gernandt & Danielsson, Wiggin, Deloitte and EY have been engaged by Evolution, while Advokatfirman Delphi as acting legal advisor for Nolimit City.

Jonas Tegman, Co-Founder, Nolimit City “I cannot think of a better match between two companies then between Nolimit City and Evolution, we are fully aligned in terms of people, product, technology and how to get the job done. The slot vertical is under massive change, and we can’t wait to take on the challenge of global expansion together with Evolution, helping out with navigating towards the best slot product offering in the market.”

With the addition of Nolimit City to the Evolution family we extend our portfolio of truly innovative and cutting edge games from the top brands and game makers in the industry.

Source – Press Release - Evolution has entered into an agreement to acquire Nolimit City, a leading producer and developer of online slot games https://news.cision.com/evolution/r/evolution-has-entered-into-an-agreement-to-acquire-nolimit-city--a-leading-producer-and-developer-of,c3589789