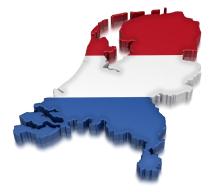 Online gambling in Europe is pretty complicated with each country having its own regulatory body and different rules about how the industry is to be handled. Along these lines, content providers and software developers have to make strategic partnerships to maximize their reach in the market, and each new partnership is a chance to grow and become even larger by reaching a larger audience. NYX has recently signed a letter of intent that could lead to them running in the Netherlands in one such deal.

One of the key stories related to this situation is how de Nederlandse Staatsloterij and De Lotto, two enormous lottery companies in the country, are merging together to form a single lottery operator that's expected to be worth about €1 billion. The NYX Gaming Group first started looking into entering the Netherlands back in December when this merger was given approval by anti-trust regulators in the country. The country is also in the middle of a transitional period as far as their own licensing processes go, and this is a great opportunity for NYX.

The State of the Deal

As of right now, this letter of intent is all that's been signed, but NYX is looking to get two major things done in this deal. First, they want their OPS (Open Platform System) content and player management system used in the country. Second, they want their library of games (largely from their acquisition of NextGen Gaming) released in the country. This includes popular titles like Foxin Wins and games from the Jackpot Jester line. These titles could be prepared for launch at any minute, so they're really getting in on the ground floor.

The Future of NYX

Right now, the NYX Gaming Group is at a critical point in their growth. They've been expanding fairly aggressively, but 2016 has looked like it could be the year that they really jump ahead of a large chunk of the competition. By moving forward in the Netherlands like this, they're showing that their aggression is continuing, and they're also showing that they're willing to try to make 2016 their biggest year yet. By all accounts, it most likely will be, and that's great for the players since they put out a very solid product.