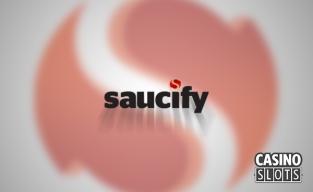 It's rare that you see new ideas come in the online slots world in terms of things that fundamentally change how a slot works on a structural level. The Spin16 concept is one of those things. It's been around since 2015, but Saucify is bringing it out with a number of new variations of existing games. This gives players something very interesting to get excited about.

The key thing to understand about Spin16 is that it's originally based on games with four reels and four rows; that's where the 16 aspect of the situation comes into play. Each column and row of symbols can be spun, in any direction, using intuitive hand gestures on a mobile device. They can also be played on desktops using arrows on the game to spin different reels in the direction of choice. It was based on the intuitive aspect of hand gestures on mobile devices, and now it's here with some of the top Saucify online slots.

There are a few big releases of existing games under the Spin16 structure for this company. They are Spin16 Age of Spartans, Spin16 Big Game and Spin16 Elementium (a Spin16 version of the Elemental7 game). It's fun to see new versions of existing favorites coming out, and this will help Saucify to get some attention that it desperately needs since they haven't necessarily been doing the best over the past 18-24 months. We haven't seen a lot from them in terms of new games or content distribution deals, so hopefully this will be the beginning of a bit of momentum for the company.

This company was previously known as BetOnSoft. Unfortunately for them, that's very close to the name of BetSoft, a company that's a good bit more successful than they are. To this end, they changed their name. In any event, they do have plenty of games that are of a fairly high quality, and they allow US players to enjoy their titles. With these Spin16 releases, it'll be a chance for them to really pull in more of that US audience, but whether or not they're able to pull it off is yet to be seen.