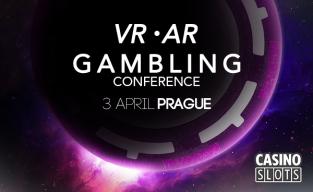 If you go back to the beginning of the online gambling industry, you'll see the mid-1990s with very clunky, downloadable software by Microgaming that started the whole thing off. Eventually, this lead to instant play casinos and mobile online gambling in the form of Java applets. Mobile phones started to allow the use of Flash, which in turn expanded the mobile gambling front to the point that it is now where it's the fastest-growing segment of the entire online gambling world.

It's looking like virtual reality and augmented reality are going to be next, following the commercial failure of mobile slots for smartwatch hardware, and there's a big conference on the topic coming to Prague on April 3, 2017

There's a lot that will be going on at this conference. One exciting part is the "demo zone," which allows participants to experience VR casino products and other related technologies that have already been developed. There are a number of companies that already have products like this that are ready to go to market, and this is a wonderful opportunity for them to get themselves out there.

There will also be some important speakers like Samuel Huber, the Founder and CEO of advir.co, a company that specializes in immersive media using VR and AR. Konrad Gill will also be speaking, and he's the founder of Viarsys. They are the first European company that are developing VR systems for gaming purposes, and they could become huge in the online casino industry if it takes the big turn towards virtual reality like industry experts expect.

Virtual reality already has a place in the online gambling world. There are casinos with VR components, especially with slots, but there have been other tech demos shown before for table games as well. While there has definitely been a revolution over the past 15 years with mobile devices to the point that people check their email via mobile more than on computers, we believe that VR will be the next big revolution. The VR/AR Gambling Conference is a big deal because it could easily become a staple for that particular arm of the business.