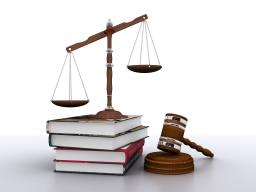 There are a number of online gambling jurisdictions out there known for being little more than a rubber stamp, and they don't really hold their licensees accountable in the least bit. That's definitely not the case with the UK Gambling Commission, and they've recently handed down a fine against Gala Coral that proves that beyond the shadow of a doubt. The company has been ordered to pay £846,000 in a settlement for a particularly interesting case.

Details of the Case

The case goes back to a man who went to jail for three years after he stole more than £800,000 from an individual who was very vulnerable. The money was gambled and lost with Gala Coral, and the UK Gambling Commission has ordered that they pay the total amount of the loss back to the victim of the crime. The betting happened sometime between January 2014 and January 2015, which is when the convicted's online account was active.

The Nature of the Fine

The fine itself is for about £846,000. To put that in perspective, it's around $1.2 million, and it's a pretty sizable sum considering the circumstances. The UK Gambling Commission ruled that Gala Coral failed to investigate where that much money was coming from, since it was almost seven figures in losses, and that they have a responsibility under their licensing regime to keep a closer eye on this type of thing to help prevent money laundering and to offer a certain level of social responsibility. It's hard to argue with this logic, and it seems fair that they would simply be asked to pay back the money that was lost.

Gala Coral is a major gambling brand in the United Kingdom, and they have both online operations and land-based retail locations. This fine that they have received is one of the largest that the UKGC has ever handed down, and it was particularly through an investigation into their racing and interactive (online) divisions, since these seem to have been the games of choice of the perpetrator. Overall, this is a pretty interesting case, and it goes to show that the UK Gambling Commission is not playing around when it comes to monitoring and dealing with their licensees.