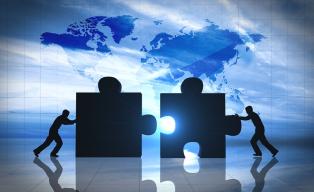 The license that an online casino has is one of the most important factors in determining if a site should be considered trustworthy or not. A license from a strong jurisdiction indicates that players can have peace of mind in knowing that they're going to be taken care of, and that's the case with Golden Euro Casino's license with Antigua. This move to a different licensing jurisdiction reaffirms their commitment to giving players every reason in the world to trust them and feel comfortable in their hands.

Why is Antigua So Important?

As a licensing jurisdiction, Antigua is important because they are extremely reputable. They have strong policies that must be followed by their licensees, or they start handing out fines and other punishments. They've shown in the past that they are not afraid to completely pull a license from an operator if they do not adhere to those policies, and that's exactly what players should look for in the license for an online casino in today's market.

It's worth pointing out that Golden Euro Casino uses the Realtime Gaming software, which is already audited on a regular basis by independent testing firms. What this shows is that both the software and the operator are being held to a high standard for safety, security and reliability, and that just proves once again that this is an online casino that players can put their trust into. It's hard to ask for more at this stage in the game, and they've really done everything they can to work towards being as trustworthy as possible.

This casino site has been running since 2012, and they are operated by the company Greavestrend Limited. They accept players from the United States and many other parts of the world, and they have a very diverse userbase as a result, though they are geared towards European players. Along these lines, they accept US dollars, euros and British pounds to make sure that both US and European players are able to connect and play in their preferred currency without any kind of problems with exchange rates. Overall, it's a great place to play with a lot going for it in the security and reliability department, especially with the licensing in Antigua.