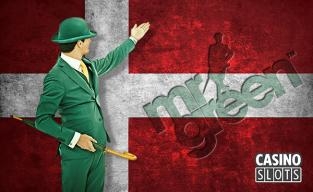 Back in February, Mr Green announced that they were working on purchasing Dansk Underholdning, a Danish company that specializes in online gambling. The acquisition had to be approved by the Danish Gambling Authority, which has ultimate authority over these types of purchases. They have finally decided to give their approval to the purchase, which puts Mr Green right square in the middle of the regulated Danish online gambling market.

Why Purchase This Company?

Generally speaking, Mr Green has been deploying a strategy that consists of getting into emerging markets as much as possible. Purchasing Dansk Underholdning is a part of that strategy in the sense that they also absorb their license to operate in the country in the first place, and that means they're immediately positioned to offer their games and content to players from Denmark. This is in addition to taking over the operation of a key company in the country, which will create its own profits. This type of acquisition is common in the state of today's industry, which is all about expansion to these markets by any means necessary.

Almost ten years ago, we started seeing the European market for online gambling changing. Each country started regulating online gambling on their own, and this has created dozens of different individual markets where players are the prize that online gambling companies are competing for. The first step to getting a share of an individual market is gaining access to the market itself, and to do that, they need a license. One way to get this, especially in countries that only offer a limited number of licenses to select companies, is to simply purchase a company that already has one.

This purchase is a part of a strategy they have been working with for a while now, and it just goes to show that they are one of the top brands in the industry as a whole. The nature of the situation for Mr Green right now is that they are possibly needing to consolidate to a degree after making a number of expansions like this in a short period of time, and that means taking care of their existing players (which they always do) before making many more big moves like this one.