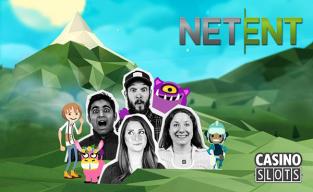 Net Entertainment has been an innovator in a lot of ways in the online casino world, and they've won many awards showing that in a major way. Their latest project is a web series that is produced in a reality television style called The Challenge, and it follows four NetEnt employees as they climb one of the tallest of the European Alps.

Different to Say the Least

The idea behind this show is to present Net Entertainment as a company as a whole since different employees are tasked with helping the four to reach the top. Leadership and innovation are two of the key characteristics they're hoping to show off with this series. It'll come in eight total episodes with each lasting about ten minutes each, so the series as a whole will run around 80 minutes, which isn't far off from the time that the average film runs. It's an interesting concept, but it's definitely different than anything we've ever seen before from an online casino software developer.

Things started off with the first two episodes being released at the same time last week, and each Monday will see a new episode released at 12:00 CET. You can find these episodes on Net Entertainment's social networking profiles and on their website. If you're like us and prefer to binge-watch, you might want to wait until the series is almost over and then watch them all at once. No matter how you choose to consume this series, you have to give them credit for going above and beyond what anyone expected.

One of the curses of having a really good year, like the one NetEnt had in 2016, is that the pressure is put on you to somehow figure out a way to beat it the following year. Aptly named "The Challenge," it seems that they have accepted this challenge to beat their 2016, and what better way to do it than something that no other developer has ever done? It's sure to be an interesting series, even if it's only for the fact that it's something new. Now it'll be fun to wait and see if other developers try to copy their idea, which is the standard in the industry.