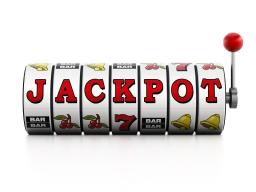 Big winners are always a reason to celebrate, and BitStarz is all about celebrating all of the large payouts that their players get. That's why they're spreading the word about a solid €16,200 payout that came on the Supernova online slot within the past week. What's really cool is that this game paid out a prize of €17,000 just a few weeks ago for another BitStarz player, so it seems like this game is running pretty hot right now.

The Supernova online slot is powered by Microgaming, and it's a new release from earlier this year. It has an atypical type of gameplay with 27 paylines, and it's somewhat of a crossover between classic slots and video slots with a visually-appealing space theme. The way this game works is that the first three reels play normally, but any win triggers the fourth and fifth reels to spin for chances at multipliers and other wins. For example, three of a kind on the first three reels could be hit by a multiplier that shows up on the fourth reel to give you even more value.

Something that's really cool about Supernova is that it offers atypical gameplay in a time where it seems like everyone and their mother is offering slots that are more or less the same experience with a new paintjob. If you want to really understand how to get players excited about something, then you'll know that it's all about standing out and not just being a part of the crowd. With over two decades of staying on top of the casino software industry, Microgaming knows a thing or two about keeping players interested.

The Winning Ways of BitStarz

BitStarz seems to have a ton of winners to celebrate on a regular basis, and there are two big reasons for that. The first reason is that they have a huge selection of games from Microgaming and other providers, so there are obviously a lot of titles that can produce wins in the first place. Second is that they're very popular, so they have a whole lot of players, and the more players you have at the games, the more winners you're naturally going to make. Overall, BitStarz is a great place to be if you want a good shot at becoming their next big winner.