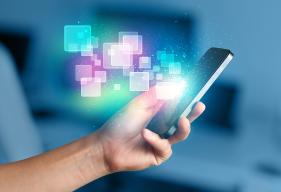 The big paradigm shift over the past three or four years in the online casino world has been the push for mobile games. Smartphone availability finally got wide enough that it made sense for software developers and casino operators to really push hard towards giving players lot of great mobile options, and it's no surprise that this has become the fastest-growing segment of the industry as a whole. Thanks to research by Optimove, we now see that it's likely to be the most profitable as well.

Let's start with a really important finding that goes against what a lot of industry experts have thought for a while: Only about four percent of players use both the desktop and mobile platform. This shows that the vast majority of players are sticking primarily to one or the other. With this in mind, another finding becomes a lot more meaningful: Players who use both modes of playing are four time more likely to play for real money games than people who stick with just one method of playing.

Some other key findings stand out as showing mobile as clearly being more profitable than desktop for the casinos. Mobile players are twice as likely to make the move over to playing for cash than desktop players, and they also tend to do so about twice as quickly in terms of the amount of time played in free money games. This is pretty impressive considering the fact that it's easy to play for free money on mobile platforms or desktop, and there's not really an apparent reason why this rate would be that much different.

Because of the big push towards mobile right now, many sites are focusing almost exclusively on their mobile product with the resources they have at their disposal. Optimove believes that might be misguided because desktop players still have the best retention rates once they do switch over to real money play. They also tend to deposit more, and that makes sense considering the mobile platform has conditioned players to want to play for smaller amounts of money through purchases in app stores and other places to buy content on a wider scale. Overall, this research is extremely interesting, and it provides a ton of insight that many in the industry have had to guess about until now.