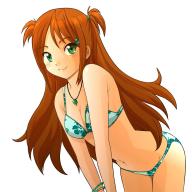 In the online slot world, there are two things that Net Entertainment has done to make itself extremely well-known. First, they have helped to cause a paradigm shift away from a quantity-based standard and more towards and quality-based one in terms of players being more concerned about playing high-quality games instead of a casino just having a lot of different games to choose from. Second, and intertwined with the first point, is that they have used a variety of visual styles that weren't used in slots before. With their upcoming Koi Princess slot, we're seeing both of these points in action.

Here's the thing about Koi Princess. This game uses a manga-inspired set of graphics and visuals that are unlike anything else they've ever done before, and this is a style of drawing that hasn't really been used in many slots ever. On top of that, this game is being released across every platform for William Hill including mobile apps, desktop programs and retail terminals. This is a part of William Hill's initiative to get more of their content out to players through different platforms, and it looks like it could be a pretty big release for that omni-channel approach.

Koi Princess is being billed as the most feature-packed game that Net Entertainment has ever released, and it's easy to see why. There are four random features that can be triggered on any spin without having to line up any particular winning combination. These features offer a great amount of value in different ways like pushing sets of matching symbols across the paylines and more. These features include a coin win, free spins with wild reels, free spins with guaranteed wins and a bonus wheel.

But what's so crazy about this game is that this set of one-spin special features doesn't even cover the whole thing. There are other features like the bonus bet mode that give you even more ways to win. This game uses five reels, three rows and 20 paylines, and this basic format is being used as a solid foundation to build an incredible game between the tons of features and the great graphics. William Hill is very lucky to get this across all of its channels because it's sure to be a hit.