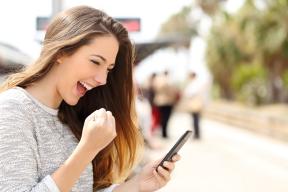 Microgaming has three main platforms that they use for releasing their games. Their regular downloadable software is their oldest with the most options, but their Adobe Flash casino and mobile software platforms are both formidable on their own. They've recently added a number of games to multiple platforms for the month of November, and this shows that they're getting the holiday season started off on the right foot.

Known for having several sports under the same "Star" line of games, Microgaming has added another to this list with Basketball Star. This game uses five reels and three rows, and you'll have plenty of action thanks to the 243-ways format. Players can pick up scatter symbols for a set of as many as 25 free spins, and you can even kick up multipliers as high as 10x in this feature. Add that to the wild shot feature that creates two completely wild reels at random, and you have a recipe for big wins. Basketball Star also uses the Rolling Reels feature, and it's being released on all three platforms.

Three more games are being added to the mobile platform. So Much Candy, its sister slot So Much Sushi, and the Many Monsters game are all being added to the mobile platform, and this shows that even though they have one of the biggest selections of high-quality mobile titles that Microgaming isn't slowing down. They have been one of the real leaders in the mobile space, both for Flash and HTML5, and having regular new releases is a big part of that.

Microgaming has a sort of formula for keeping their position as one of the top two or three software providers in the online casino space. The first part of that formula combines both quality and quantity to give players a great selection of games. Second, they're always coming out with new games on a regular basis, and they do so across multiple platforms. This means they have growth in all areas, not just their downloadable product, and it means that all players are getting something new each month no matter how they choose to play. Overall, Microgaming's future looks great, and it's hard to imagine that they'll lose their spot at any point inside of the next decade.

If you want a shot at any of these new games, then check out 32Red Casino.