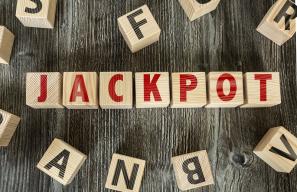 Big winners are always celebrated in a major way at Royal Panda Casino, and they had a couple of them this past weekend that ran up over $75,000 in total winnings between the two of them. The first happened on the Pyramid: Quest for Immortality game. The lucky player's name is John, and he picked up $33,200 in a single spin on this game to begin with, but the re-spin feature brought him up to $38,898.40 total after 22 consecutive extra spins. That's a pretty ridiculous feature that provided over $5,000 in extra value.

The second big win is interesting for a few reasons. First, it happened on the mobile platform. Second, it happened across three different games. A player named Dominik started out by winning the equivalent of about $1,200 on the Spinata Grande Touch and Jackpot 6000 Touch games by NetEnt. He then switched over to the classic Break Da Bank and quickly scored two different wins worth $12,800 apiece. This ran his total winnings up to $38,442 for the session. That's an incredible set of wins.

The Winning Ways of Royal Panda

Royal Panda Casino seems like they produce more than their fair share of winners, and here's how they do it. First, they provide players with a really wide range of games from multiple software platforms. Second, they offer both a desktop and a mobile platform that means players can get in on the action no matter where they go. Finally, they have more players than the average online casino to begin with because they have such a good reputation in the industry.

The Importance of Mobile

Dominik's win in particular across the three mobile games brings our attention to something that's really critical to understand. Mobile is an extremely important platform right now because it's been the fastest-growing part of the industry for the past three or four years at the least. When someone wins big on a mobile platform, and it's not even the largest mobile win this week that's been in the news, then you know that mobile has "arrived." Dominik's win is still pretty impressive, but players have won seven-figure progressive jackpots while waiting around on an appointment and playing on their mobile devices, and that's how you know mobile is here to stay.