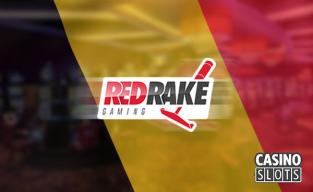 It's been announced that Red Rake Gaming has agreed a new deal with Belgian online and off-line casino operator Golden Palace, that will extend their reach in the regulated market of Belgium.

Golden Palace has over 55 years of expereince in the business and this new deal means that their players will have access to hot titles such as Mystic Mirror, Maya and the Asp of Cleopatra. Red Rake Gaming are based in Spain and Malta, and have been expanding into man regulated markets in recent times, including Romania, Italy and Portugal. Red Rake Gaming are also in the process of applying for UK and Malta licenses, which will further broaden their reach.

Golden Palace have been operating in Belgium sinnce November 2017 and have rapidly grown in popularity. The addition of Red Rake Gaming content will be a major boost for both companies.