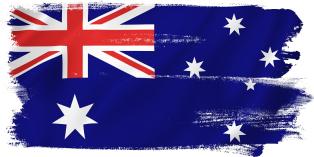 The New South Wales Office of Liquor, Gaming and Racing has advised a number of operators including CrownBets that their advertising methods could get them into trouble. A new probe as a part of the overall deeper look by the government into the online gambling industry could be kicked into action thanks to all of the ads offering bonuses for the grand finals for their football league that's coming up soon.

Nature of the Regulations

The law in question is the Racing Administration Regulation 2012. The key point that's an issue here is that it's illegal for operators to advertise any kind of reward to open an account or participate in any type of online gambling. Lots of ads have been seen by CrownBets and a number of other companies in recent weeks offering bonuses and other special promotions for players. This is a really interesting law in and of itself, but the fact that some companies were blatantly defying the law is interesting as well. Even though this is just one part of the growing probe into online gambling in the country, it has a lot of layers that need to be considered.

One of the most common types of promotions that an online gambling company can run is some sort of bonus or free chip for players. This is a win-win situaiton for both the operator and the player. The player gets to check out the software and get a feel for the games without the pressure of playing for real money, and he or she can also get a chance to win real money prizes without risking anything.

While this is the norm in the majority of the world, apparently it's against the advertising standards in North South Wales, so they're going to have to figure out something else. It's true that this does put the companies in this part of the country on equal footing with each other, but it puts them at a decided disadvantage against other competition, and that will hurt government revenues in the long-run. Regardless, they still get to decide on their own standards, even if they don't make sense economically, and companies like CrownBets still have to stick to them as long as they remain in the area.