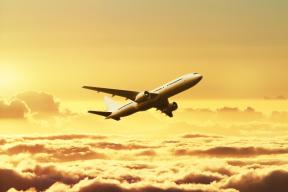 New games are a key part of the industry for online casinos and software companies. What's interesting, however, is the relationship between the popular games in land-based casinos and their online counterparts. While most online casino software developers don't also make land-based games, some of them do, and when there's a crossover between the online and offline worlds in this regard, it can lead to some pretty good opportunities for players.

The Sky's The Limit

The newest online slot by Live 5 and provided through the CORE Gaming platform is The Sky's The Limit. This game is based on various forms of air travel, but it's worth pointing out because it has such a rich history as a land-based slot initially. It has been converted to the online environment for players through HTML5, and this will help players to enjoy this game both online and via mobile through the CORE Gaming platform. This will give more players than ever a chance to win big on this awesome video slot.

With The Sky's The Limit, there are 20 paylines of play spread across five reels and three rows of actions. You'll find a number of different features with wild symbols, scatters, free spins, bonus payouts and more. This is definitely a good game to transition over to the online space because it has become well-known for giving players a great overall experience. Even though the online slots world is known for having games more feature-rich than the land-based world, we think that The Sky's The Limit is going to fit in with no problems.

CORE Gaming has been doing a good job of slowly, but surely, expanding. They now have a total of more than 50 games that use the HTML5 format, the format that virtually all industry experts consider to be the format of the future, for more than 30 different owners, and they have over 13 different software platforms that they contribute to. Over the past two years, they've worked with around two dozen of the top operators in the world, and with deals like this coming out where they're turning land-based games into online titles, it's clear to see that their expansion has only begun.