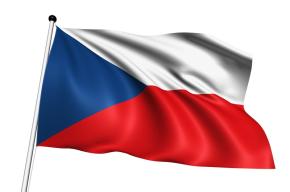 Taxes are reality of gambling being regulated in today's world. One of the big reasons that a country or state will regulate the industry in the first place is to generate revenues from it, but the problem is that once an initial decision is made on tax rates, legislative bodies can go back and raise those rates later on, much to the dismay of players and operators alike.

There are three major areas targeted with this upcoming tax increase: lottery, sports betting and slots. For lottery and sports betting winnings, this is going to increase to 23 percent from the previous level of 20 percent. On the slot machine front, it's even worse because it's going from 20 percent up to 28 percent. What's more is that daily taxes on individual slot machines will also increase from 55 crowns to a whooping 80. While they expect to raise an extra 2 billion in tax revenues from this measure, these estimates are typically blown out of proportion and very frequently do not take into account the fact that fewer people are going to want to gamble.

The finance minister Andrej Babis was criticized for not even being around during the debate on the proposal to increase these taxes in the lower house, but it probably doesn't really matter all that much in the long run. The key thing to realize here is that when costs increase for the operators, the players end up getting a worse deal as a result every single time. This means worse payout rates and worse promotions.

What About Table Games?

One interesting question about this measure is how it will affect table games online. Will people leave other forms of gambling because of worse odds and promotions and switch to table games? It's hard to say. There will definitely be effects of this switch, but it's too early to say what those changes would be. The tax rate increases haven't been set in stone just yet, but chances are that things will get worse instead of get better just based on how these things have happened in other areas in the past.