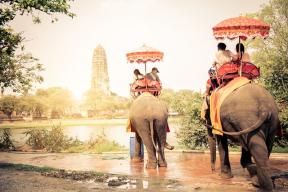 Content distribution is extremely important in today's online casino marketplace. The old model was that each online casino would have an exclusive agreement to use software and games from a single developer. However, there is a new model now because of all of the smaller software companies and the need for casinos to have wider ranges of content. The way this new model works is that software developers like XIN Gaming pair with content distributors like Asia Gaming in mutually-beneficial arrangements.

The deal between XIN Gaming and Asia Gaming will have XIN titles delivered through Asia's platform. The benefit to Asia Gaming is that they'll get a larger selection of online slots, a strength of XIN as a developer. On the other hand, XIN will get more exposure for their games in Asian markets, and this could definitely help them to see increased growth in the future through more content distribution deals. This is the main way that they get their product out in front of players, and the more deals they make, the more players that will see their games.

Right now, Asia Gaming is doing pretty well on the distribution front. They offer a very wide range of games and ways to bet. This includes live casino games that put players in front of live dealers with the games broadcast over high definition video and audio feeds. They also have poker, slots and 3D games available in a wide number of markets. With XIN Gaming's titles being added to this line-up, they're in pretty good company, and that raises their status substantially.

Where to Go From Here

The question for XIN Gaming is where to go from here. There are basically two fronts that they can influence when it comes to controlling their growth. The first front is in the games that they make, and this includes both quality and quantity. The second front is in the future content deals they make with platform solution providers like Asia Gaming. While the latter is largely a matter of numbers, the former is centered mostly around quality of service and pushing the envelope to stand out among their peers, and that's just as hard, if not harder, to do.