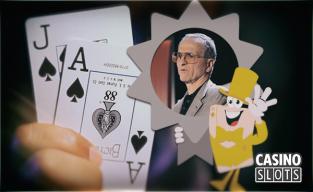 There was recently an interview of Stanford Wong on LatestCasinoBonuses.com with Michael Shackleford, and it covered a number of very interesting topics about his life and his incentives to gamble and exploit edges that he found in the games. He is perhaps the most well known for developing the Hi Lo blackjack counting system, which is generally seen as the most popular counting system in the world today, and for advancing a number of topics in the game of blackjack.

One of the things that's very apparent from the interview is that Wong, whose real name is John Ferguson, was very pragmatic about how he went about publishing his books, computer programs and other information. His program Blackjack Analyzer, for example, was the first commercial computer program created for breaking down and analyzing blackjack games, but he actually created it for his own use initially. In the interview, Wong is very clear that he was into gambling opportunities for the money and that any kind of "love for the game" was secondary at best.

Professional Blackjack was first published in 1975, and it was the first introduction many players had to the now popular Hi Lo counting system. There were a number of other topics in the book as well, including what is widely considered to be the first analysis of the Double Exposure game, which is one of the most popular blackjack "variants" out there. Wong described creating the book as a simple combination of a long piece he had written helping his friends to learn how to count cards in blackjack and a number of expected value (EV) tables he had created. It was a simple, pragmatic reference book that happened to explode in popularity.

One topic we were very pleased to see addressed was a bit of a craps controversy. His book Wong on Dice puts forth the believe that someone who was very careful with shooting dice in craps would be able to control the dice to enough of a degree to overcome the house advantage. This is an extremely controversial opinion that many people disagree with, but Wong holds his ground and breaks down the fact that he believes it would take a particularly athletic/dexterous person to pull it off, but that he believes it can still be done.