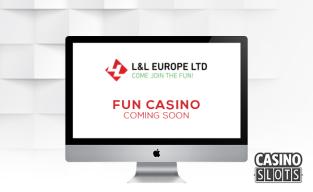 L&L Europe Ltd. has recently announced that they'll be launching a new project called Fun Casino. There's a lot of uncertainty surrounding this new brand, but there are a few things that we can piece together about it since the domain at least has previously been owned by another company. It's an interesting situation that could easily turn into a great new place for players to enjoy.

What We Know About Fun Casino

This brand was previously owned by a different company, and that site is now defunct. The domain seems to have been put on the market and then purchased this past July, but the WHOIS information is private other than that. We'd have to assume that L&L Europe was the group who purchased it, and if that's the case, then they have been planning to launch this brand since at least back in July of this year. With that having been said, there's really no other information about it available at this time except to note that it has a cartoony style of logo that would seem to indicate a theme along similar lines.

Something else worth noting is that the L&L Europe team is going to be coming to a couple of major events soon. First up is the Berlin Affiliate Conference that runs from November 1 until November 4. After that, the SIGMA conference runs from November 22 through November 25. These are important meet-ups, and they show that this team is serious about getting out there and meeting others in the industry.

There's no doubt that the name and domain Fun Casino is very catchy, and it's got to be worth quite a bit just on that. However, there's not really much known about the direction they're going to go in with this brand, so we're just going to have to sit and wait. It's looking like this is a project that they're going to put a lot into, however, and that means that players will likely have something big to look forward to with its eventual release. Until then, we'll have to wait and see what's going to happen with it.