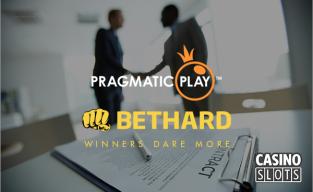 Pragmatic Play has come a long way since taking on new management and rebranding from their previous name of Topgame, which was tainted beyond belief for years before changes were made. Over the past few years since that change was made, they have taken on a completely different type of reputation, and that has made them sought-after for their great games and service. This has all led into a number of content distribution deals, and that includes their most recent one with the Bethard Group.

Which Games Are Included in This Deal?

Every title that Pragmatic Play has available in their entire portfolio is included in this new deal with Bethard. It puts up all of their games as being available through this operator, and that definitely has the effect of deeping their overall offering. It's a win-win-win situation for everyone involved: both companies and the players. With more games and a wider range of titles to offer, this is a deal that will help to push this operator up to the next level.

This isn't the only big content distribution deal that Pragmatic Play has taken on in recent months. They've made deals with both GAMEIOM and GVC lately, the latter of which put this software developer's games on all of their popular brands. These aren't small companies or operators that we're talking about here, and GVC in particular is widely regarded as one of the largest gambling companies in the online sector in the entire world because they have all kinds of different operations in a wide range of different sectors of the industry.

Pragmatic Play is known for their online slots, and they have a particular style that has led them to include several classic slots in that number as well. This is pretty atypical, and it makes them stand out because they're able to get a lot of life out of a format that many other software companies have abandoned. The three-reel games they produce play like video slots, and that gives players yet another reason to check out the casinos and software platforms that they make deals like this one with.