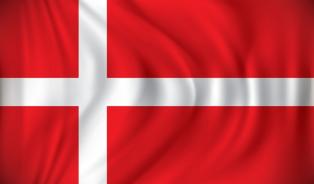 Many European countries have been revamping or initializing their online gambling regulations, and this includes both Denmark and Romania. Both countries have been changing things up and offering licenses to outside companies for the first time, and 888 Holdings has taken advantage by applying for and being accepted for licenses in both jurisdictions. Their three main services are going to be offered in both countries thanks to these licenses, and that includes poker, sports betting and casino games.

One of the key movements in the larger online gambling industry over the past few years has been emerging markets, especially in Europe, where countries have started regulating the industry for the first time. Each individual country has to set up their own rules and guidelines, and that means licenses have to be applied for and granted in each individual country that a company wants to operate in. Because the tax structures and other aspects of the equation can be wildly different from country to country, it's not always the easiest job in the world for to stay active in tons of different jurisdictions.

The key strategy for 888 Holdings right now is growth, and they're being particularly aggressive about it in two ways. First, they're going after companies that they think will help them to expand their business faster, and we've seen this when they offered almost £900 million for Bwin.Party in recent weeks. In addition to that, they're also pushing forward for licensing in all of the emerging markets they can, and this includes Denmark and Romania, two jurisdictions that have been labelled as unfavorable by many in the industry.

Denmark and Romania have both had problems getting their licensing procedures up and running due to political opposition of various types, but each of them illustrate some key problems that can come up with this type of regulation. First is the issue of taxes and fees, and they have to be low enough to provide incentives for strong companies to enter their markets.

Second is the issue of the number of players that they will have access to. If the total cost is too high compared to the number of people available in the market, then it's simply not a sustainable way of doing business. We'll have to see if 888 is able to stay profitable in these two countries over the next several months.