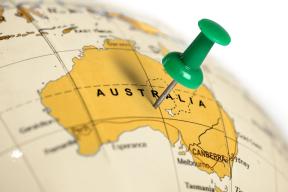 Prohibition basically never works when it comes to online gambling. Many countries who have tried to outright ban and block forms of gambling, online or land-based, have always run into the problem of simple economics. When there's a large enough demand for something, people will step up to fill that demand. While online gambling is not completely illegal in Australia, only a limited amount of sports betting from licensed sites is allowed. This leaves the rest of the market, a vast majority of play, needing to play with foreign operators to get in on the action.

Scott Morrison is the Social Services Minister in Australia, and he's one person who's largely behind the review of the Interactive Gambling Act of 2001. Morrison has pointed out that there's a huge business for online gambling in Australia, and while there is a lot of money in revenues leaving the country, there aren't any real ways to give people the help who might need it when it comes to things like monitoring wagering and helping with problem gambling.

His argument is that about AU$1.6 billion is changing hands for online gambling in the country, and that includes a majority of funds that are being exchanged with overseas operators. If things were changed so that licensing processes were set up for other types of gambling on the Internet, then not only could Australia get a larger piece of the revenues, but they could also offer social programs to help with compulsive gambling issues. Right now, most players aren't able to receive help for these issues because they're so hard to identify and communicate with.

The chances of success are better than many might think because there's not as much political opposition to the expansion of Internet gambling as there was when the Interactive Gambling Act was first passed in 2001. The key thing is that a lot of time has passed and many countries in different parts of the world have embraced online casino play, online poker, online bingo, online sports betting and other forms of wagering on the Internet. This means that Australia would really just be following the pack at this point, and it would provide a win-win situation for both the players and the government.