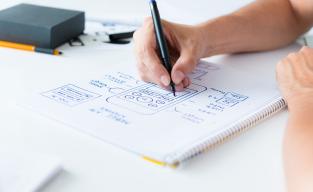 Several months ago, casino content provider Genii announced their line of Spin16 mobile slots. These games were designed to be a new way to play on mobile devices by integrating intuitive touch screen gestures into the games. They play with four reels and four rows, but players can spin the reels in any direction by using intuitive swiping motions. Back then, many predicted that this could be a major selling point for their portfolio of more than 130 titles, and it turns out they were right.

Genii recently announced that they have signed a deal with Omega Gaming to provider their content on yet another gaming platform. This comes after they made similar arrangements with Starfish Media, Gaming Innovation Group, Altenar, Iforium, TAIN and LeoVegas. This time they will have their titles added to the Omega Core platform, and this includes their Spin16 titles.

A major selling point for the Genii portfolio is the combination of depth and cross-platform operation. They have more than 130 total games available, and they are all available on both desktop and mobile platforms. This includes access to all of their games through instant play platforms that require no download, a direction that the industry has been heading in for several quarters. This gives them the advantage of easily integrating with existing software and making it relatively easy for platforms to add their content.

This new deal just goes to show that Genii's momentum is very serious, and they aren't playing around with how hard they are pushing their content. Expect the deals to just keep on coming because Genii is looking to be one of the hottest software developers in terms of expansion so far in 2015.

The mobile revolution for online gambling is a big part of their success. They have been able to really harness the power of this growth and show that their focus on providing innovative mobile play is a big deal. Other companies will probably start to follow suit by offering new ways to play on mobile and possibly trying to emulate the design of the Spin16 titles if their success continues. They are prime for a big push into the upper tier of software developers, whether that's on their own or the result of being acquired by a big name.