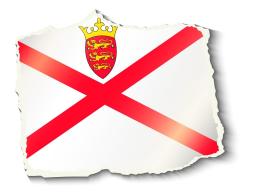 In the online gambling world, different countries have their own jurisdiction over issuing licenses for operating different types of businesses. You see licenses for operators, licenses for software companies and so on. Fairly recently, the island of Jersey started acting as another jurisdiction for electronic gaming, and now their Council of Ministers is deciding if they think that's really a good idea. It seems to be a case where they probably should have decided this ahead of time, but everyone knows that politics and common sense don't always mix.

There's basically a fight going on between their Gambling Commission and the Council of Ministers. In short, the Gambling Commission wants to allow a small number of high-end companies to operate in their jurisdiction, and the Council of Ministers is worried that it's not going to be a viable option for opening up the diversification of its economy. It's a really complicated situation, but what's so interesting about it is that there has been no real mention of moral issues, only economic ones.

The lack of moral debate stands out so much because it's one of the "go to" weapons for politicians who want to oppose any sort of expansion of gambling. It would seem that a high percentage of the time that those politicians who go this route are really protecting the interests of land-based casino lobbies who see online expansion as something that would hurt their business. This is why what's happening in Jersey is so important right now because it's the first time in a long time that a seemingly pure economic debate was the point of contention.

Which Direction Will They Go?

It's not immediately clear which way they'll go, but signs seem to indicate that the Council of Ministers would be open to give the go-ahead if they're shown that there's enough of a market demand to make it work. According to the amount of interest that was shown at the ICE Totally Gaming show in London months ago, it doesn't seem like it will be too hard to convince them if this is really what they're after. On the other hand, and however unlikely, it's also possible that there's another political agenda that hasn't been made clear so far.