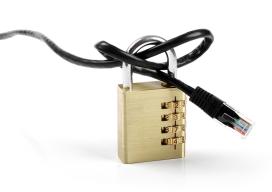 In the online gambling world, one of the biggest tools that a government can have in regulating access is sites is a blacklist. A blacklist is essentially a list of domains to which access is supposed to be denied by Internet service providers. Court orders or other laws can force ISPs into compliance, and this is what's happened in Malaysia recently. A total of 306 sites were blocked as the result of a crackdown that's making some big waves.

How the Crackdown Happened

There's a larger movement towards blocking online gambling sites for Malaysian citizens, and police officers have been working on compiling lists of sites to be blocked. This comes from the Malaysian communications and Multimedia Commission that states that 306 total sites have been blocked so far in 2015 from these efforts. These sites have to be verified to contain what they call "criminal elements," so there is a procedure and oversight to make sure that this process isn't abused to remove access to non-offending sites at the ISP level.

Once a site is verified through this process, it's sent to Internet service providers to be blocked. These companies have to comply in order to continue offering their services in the country, and that puts them in a bind where it doesn't make sense to try to stand up on the grounds of fighting Internet censorship.

Blacklists as a Tool

The idea of using blacklists as a tool has been put into action in a lot of countries. However, it's normally in tandem with regulated sites that are given licenses through formalized processes in an effort to protect the player pool and to provide incentives for foreign operators to apply for licenses. In the case of Malaysia, the difference is that it's only being used to block online gambling as a whole.

On a technical level, these blacklists don't really do much to keep people from gambling on the Internet for the most part. There are a lot of ways to get around the blacklists both from the player and operator side. Players can use VPNs and other technology while the operators can just create a new domain and be back in business a couple of days later, and this is one of the reasons why regulating the games is typically seen as a better move.