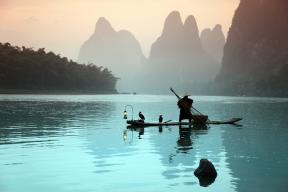 In terms of the total frequency of new releases in today's online casino environment, Microgaming is probably the company releasing the most titles the most often. This is especially true of their Quickfire platform because it includes titles from a number of smaller software developers, and each one is coming out with new games on a regular basis. They're still producing plenty of their own titles, however, and they've announced the upcoming release of two more games here recently.

The Lucky Twins slot is based on the idea that twins are inherently lucky in Chinese culture. This game also includes Meneki Neko, a cat figure that's considered a symbol of good luck. You're find that this game combines a relaxing atmosphere with a fair amount of action, and it's looking like a great title for players who like to have long sessions to unwind and enjoy themselves without getting stressed out by loud bells and whistles that can come from some other titles. It's another Asian-themed game in Microgaming's collection, but it doesn't really copy elements from previous ones.

The latest title in the Sports Star series is Basketball Star. We were starting to wonder if there were any sports left that hadn't been covered by this series. Like most of the games in this series, it includes a lot of similar elements. With 243 ways and the Rolling Reels feature, you'll have tons of opportunities for multi-line wins on the same spin. What's more is that there are free spin opportunities and chances for extra wilds on the reels, so it's really a high-action game. This game will be better for players who want some fast and furious action.

Many companies in many different industries have seen their downfall come because they rested on their laurels instead of pushing ahead. Microgaming has been in this business for two decades, and they haven't shown any signs of slowing down yet. This is why they've been at the top since they started and remained in the top two or three online casino software providers in the world since then. They're constantly innovating and coming out with new titles, and Lucky Twins and Basketball Star are both good examples of that.