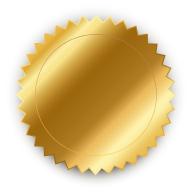 In the online gambling industry, there are no international standards for what is considered good content or good business for these companies. As a result, the industry has to police itself, and one of the ways it does that is through independent award cermonies. In the 2015 Global Gaming Awards in Las Vegas this year, tons of companies were recognized for their good work. Microgaming was one of those companies, and they took home two awards for their efforts.

Digital Product of the Year Repeat

For the second year in a row, Microgaming has taken down the Digital Product of the Year award. This year it was for their Jurassic Park online slot, a game that uses Parallax Scrolling and rendered 3D visuals. It was the first to use Parallax in this way, and this just goes to show that they're continuing to push and innovate as much as anyone else in the industry. They are definitely leaders in the industry as a whole, and that's clear to anyone who has experienced their most recent games.

Speaking of innovating, their second award this year was for Digital Gaming Innovation. This came from their work in virtual reality and wearable technology. In the past year, they've debuted what they call VR Roulette, which is a virtual reality roulette game, at different trade shows. This requires the user to put on an Oculus Rift VR headset, and it places the user inside of a virtual reality type of situation where they're playing roulette. It's received amazing reviews from the people who have tried it, and it could definitely be the direction that the industry is heading in.

Sometimes you hear about different awards and wonder what the interests are behind the scenes for the event. This isn't an issue with the Global Gaming Awards, and they're widely considered to be one of the most important awards ceremonies because of that. They have a total of 50 judges that vote to pick the winners, and the KPMG of Gibraltar oversees the proceedings. It's a very well-handled ceremony with a voting process that makes sense, and winning two awards, including a repeat in a key category, speaks volumes about where Microgaming is today in the industry.