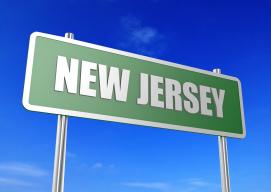 Net Entertainment applied for a license to offer games in New Jersey at regulated casino sites a while back. Because the actual licensing process takes a while, and because they have such a good reputation, they were granted a waiver that would allow them to offer their games in the meantime while their application was still pending. After this news, they've announced that NetEnt games are now available through certain New Jersey operators, and this is great news for everyone involved.

Net Entertainment produces some of the most high-quality games out there in the online casino market today. One of the key issues with regulated arenas like New Jersey is that it creates a situation of limited competition, so players don't always get to experience the best of what's out there on a global level in that kind of environment. This waiver they've received has allowed them to enter the US market for the first time, and it puts them in a position to offer some of the best titles out there to players.

NetEnt's History in the Industry

This is a software company that's been around for quite a while, but their major impact on the industry has only been because of events over the past four or five years. What they did was turn the industry on its head by focusing on quality instead of quantity, and this allowed them to compete on an even playing field with other companies that had much larger portfolios than they did. With a focus on atypical themes, new features, innovative ideas and excellent graphics, they were able to fight their way to the top tier of the industry.

The Future of NetEnt in New Jersey

For the time being, NetEnt games are available at the Borgata, and it will also be launched in the near future at brands that use the bwin.party software. What's important to realize is that this is a software company that has only been targeting regulated environments, so they don't have any kind of past history that could lead to claims that they're a "bad actor" like we've seen used against other companies, and that means they're most likely here to stay in New Jersey and more of the United States.