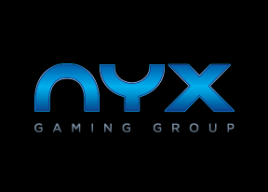 Inside of the past few months, NYX made a purchase of CryptoLogic and Chartwell from the Amaya Gaming Group. This was basically presumed a win-win situation for all companies involved in the purchase by industry experts, and they've been proven right so far by recent news that NYX has released their OGS content (consisting of games from both Chartwell and CryptoLogic, as well as others) ahead of the original schedule. This shows that they're really pouring the resources into this content that it needs to gain ground in the industry.

The history leading up to this moment is pretty interesting considering the fact that the OGS platform is now the largest option in terms of pure numbers of games for operators who want to use a single software platform. With such an overwhelming selection thanks to the acquisition of multiple software companies, it's looking like these games are going to be part of an important surge for NYX.

So here's how the history of this move pans out. Years ago, CryptoLogic was considered by many to be the top online casino software developer out there. Unfortunately, they weren't able to maintain that top spot, and they eventually had trouble with several losing quarters in a row with a negative total profit. This company was purchased by the Amaya Gaming Group, who turned them around and made them profitable again. A couple of years later, the company was sold along with Chartwell to NYX.

The online casino software world is more competitive than ever with more big brands putting out high-quality titles. What many sites do these days is make content distribution deals with multiple developers to give them a larger selection of games. One of the advantages that NYX is banking on with their OGS platform is that it will be easier for emerging and already-established operators to make an exclusive content distribution deal with just a single company, and this is where they're looking to make their growth.

With that having been said, it's unlikely that they'll turn down non-exclusive deals with operators who are interested. This is because they're definitely in the business of getting as much exposure and as much screen time in front of players as they can get.