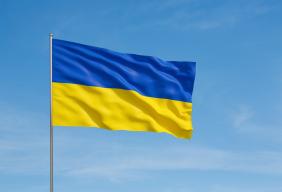 The PokerStars Dream Team Collection has been going on for quite a while, and a total of over 275,000 players competed in this event. The smoke has cleared, however, and a winner has emerged. That winner is Solik 1968, and even though his prize was a million dollars, some smart investing put the second place winner in a situation where he couldn't lose in a shootout environment. This is a really interesting move, and it just goes to show how poker players tend to think about things a little differently.

How the Competition Worked

This competition started off with players looking for certain puzzle pieces to form the faces of well-known football players. Different tasks had to be achieved in different orders, and players were able to earn $20,000 all-in shootouts and other prizes like cash and Golden Tickets. A total of 47 players won Golden Tickets, and this led to a $1 million final. This final led to Solik 1968 winning a million bucks, but the second place player didn't turn out too bad thanks to some smart thinking.

The second place player in the random shootout at the end has the screen name Gregior, and he's from the United Kingdom. This shootout involved players all being forced all-in on a single hand at a time to randomly determine a winner using the cards and boards as a randomizing agent. He was smart enough to take on action for his win since he had a 1 in 47 chance of winning a million and a 46 in 47 chance of winning nothing. Through this investing, he ended up with $10,000 and a valuable signed shirt from a football player.

PokerStars is known for being the largest online poker room running today, and since being purchased by the Amaya Gaming Group last year, they've changed how they run their promotions quite a bit. Instead of providing most of their value through their VIP program, they've lowered the value from that program and used the difference to build up huge events like the PokerStars Dream Team competition. By giving away a million bucks as a top prize and plenty of other payouts for other prizes, they've gained a lot of fans and a lot of attention for themselves, and that helps to grow online poker.