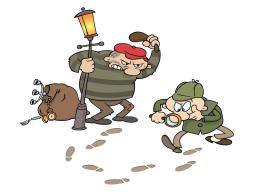 If you look at online slots as a whole, you see a few patterns. First, games are generally grouped into three categories that have some amount of overlap: video slots, classic slots and progressive slots. The overlap between progressives and video slots is one that generates some of the most popular games in the entire industry, and Yggdrasil has announced the release of a game later this month that will fall squarely into the cross section of these two types of slots.

Holmes and the Stolen Stones

The upcoming Holmes and the Stolen Stones video slot stands out for a major reason: It is slated to have five different progressive jackpots. This is a pretty big deal because each software provider tends to have one key progressive that gets the most attention, and it almost always has multiple jackpots tied to it at different levels. It's not clear right now if this new game will fill that role for Yggdrasil, but that could definitely end up being the case. Things will probably be clearer once it's actually released later this month on September 24.

Something else worth pointing out about this game is that it's set to be released in the HTML5 format. This is huge because the industry has been moving away from using Adobe Flash for mobile-friendly content and more towards HTML5 because of the increased performance and flexibility. Adobe Flash is still the standard for most games in today's online casino industry that run in a browser or on a mobile device, but that's definitely changing as HTML5 keeps getting a bigger and bigger push like with what we're seeing here from Yggdrasil.

More on This New Game

Holmes and the Stolen Stones is set to have a number of different bonus features. This includes a free spins bonus round and multipliers on wins. Overall, Yggdrasil is good about making sure their games have great features that really fit into the overall theme, so it wouldn't be surprising to see Holmes tracking down the stolen stones himself during some of these features. Finding them is likely to yield some big rewards, and it could be the progressives themselves that players are rewarded with. It'll be very exciting to see how this game performs as their most recent release.

If you're interested in taking a shot at this new game, we recommend Mr Green Casino after the release date of September 24.