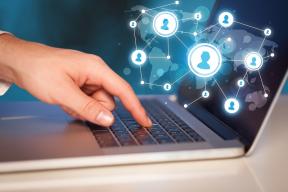 Maytal Olsha is a former executive for Zynga and 888, and he was currently the head of Rising Tide Games. Zynga has purchased this company, however, and that brings Olsha back into the fold for Zynga once again. That's only one reason why this purchase is so interesting and how it shows that Zynga is playing for keeps when it comes to dominating the social gaming space. This effectively eliminates one of their most popular competitors, and it puts them in a situation to be even stronger themselves.

While Rising Tide isn't quite as popular as Zynga, it has a ton of players and some major top names. Stuart Zoble, Peter Franco and Andrew Sega are amont them. Sega has over 15 years of experience in gaming and has worked with other successful social casinos. Zoble is known for having been a part of High 5 Games in the senior vice president position. It suffices to say that these individuals are pretty big acquisitions in themselves, and to get them all in one package was probably a very attractive part of the deal as a whole.

Zynga's position has been cemented even further by picking up Rising Tide Games. They were behind top-tier operations like Black Diamond Casino. They've really dug in here, and it clearly shows their intentions of getting more involved in the social casino side of things. Previously they've been more about casual games, but the social casino side is expected to see some major growth in the next year with the market booming from about $3.5 billion this year to $4 billion in the next.

It's amazing to some people that social casino play is such a big industry. To many, it seems like people paying real money for play money games is absurd. However, there's a major entertainment component to it that's not unlike real money casino play, and the subculture is a bit different with many more people enjoying playing together. This actually makes it more akin to the social aspects of land-based gambling than many forms of traditional online casinos, and that's a big advantage that the format has. This big purchase by Zynga shows that they want a bigger piece of this particular part of the social gaming pie, and they're going after it hard.