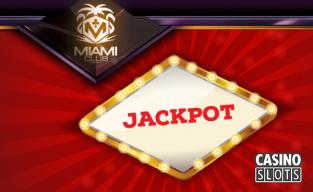 No matter what stakes you play, if you're a penny player or a high roller, your biggest goal when playing online slots is to hit a win that's worth several times your bet amount. A lucky player by the name of Kasey experienced this herself when she took down a big win on the Ultimate 10x classic slot at Miami Club Casino. She was able to hit the game's progressive jackpot worth $10,260 off of a bet of only $0.75 (three coins worth $0.25 apiece). But she didn't stop there.

Kasey decided that she was having a lucky streak and that she was going to milk it for all that it was worth. She moved to the Triple Triple Gold slot, which is another three-reel game that has big wild multipliers that can combine to give you a total multiplier of up to 81x. That's exactly what she was able to do when making a winning combination of a triple bar and two wild multipliers, which gave her a total win worth $19,440. She was only betting with $2 coins at that point, and there were three coins used on the spin, so she turned her $6.75 in wagers into almost $30,000 between the two wins.

Something really interesting about the Ultimate 10x classic slot that she won her first five-figure payout with is that the progressive she won is a "must win." What that means is that it will always pay out before it reaches $25,000. When you combine that with the fact that it's a fairly new game and that it's been getting a lot of play as a result, it was running up very quickly.

About the Miami Club Casino

When you play with the Miami Club, you could end up being a big winner just like Kasey. This is because they have a substantial selection of different types of online slots, including plenty of titles that have progressive jackpots. With a flexible interface and good promotions, it's not hard to see why players like to come to this casino to try their chances at winning some big payouts no matter what stakes they play.