Arrow's Edge is an online casino game developer that focuses almost exclusively on mobile-friendly slots. While they are very enthusiastic, they aren't going to win any awards for having the best games out there, which is unfortunate because they use some novel concepts a lot of the time as the themes for their games. They've been running since 2014, and in that time they have developed a small portfolio of games. While their games seem to be fair, some people consider it troubling that they aren't more open about where they are located and where they are licensed.

As we mentioned above, they have a small portfolio of around a couple dozen games. Most of these are slots, though there are a few table games and video poker titles. While there are many companies that have a low quantity of games with a high quality factor, Arrow's Edge isn't exactly one of them. Their games are typical of a mid-level quality at best, and many of them are downright ugly to look at. This is unfortunate because they have a ton of potential.

While they've been able to gain more and more exposure since they first opened, they're definitely going to reach a point where their game quality is an issue that holds them back. The gameplay is actually pretty good, and the themes they choose offer a bit of variety compared to what you normally see. The only problem is that the graphics and visual appeal are a D+ or C- level at best, and that will definitely keep them from reaching a high level of popularity until it's addressed.

The selection of table games is rather limited. They offer European roulette, American roulette, blackjack and three card poker in the table games category. As far as video poker goes, the selection is a little better. They offer five-hand and single-hand versions of All American, Bonus Poker, Deuces Wild, Joker Poker and Double Bonus Poker. The Joker Poker game is in the kings or better style, which is cool since most today are aces are better or two of a kind or better only.

While graphics aren't really the first thing that table games and video poker fans care about, the fact of the matter is that the visuals used in these games are pretty sub-par as well.

There's no easy way to put it: Arrow's Edge has major issues with their graphics. They largely look like they're out of 1994, not 2014, when the software company was founded. Until this is fixed, they will not be able to compete on a major level or get past the nominal amount of support they've seen so far in the industry. While they do have the gameplay and theme side of their slots and other games down pat, we would really like to see them focus on the aesthetic values of their games a bit more. 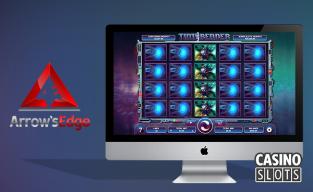 Arrow's Edge has announced the release of their most recent slot release Time Bender, and it has great graphics with value-packed features! 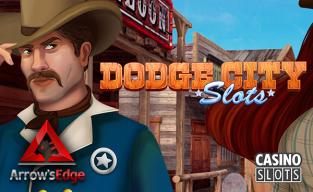 Dodge City is the newest online slot from Arrow's Edge, and it promises players a lot of action in a Wild West setting. 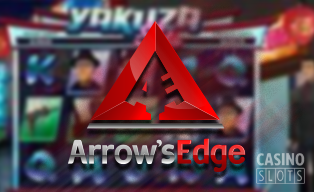 A new online slot based on the Japanese underworld called Yakuza has been released by Arrow's Edge with very attractive graphics and features.