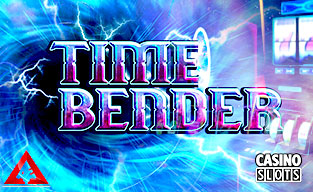 Arrow’s Edge has been producing slot games since 2014, slowly and steadily expanding their reach from one market to another [USA included]. They originally aimed to just produce high-quality slots for desktops, but soon changed to mobile products as well. Why the change? To keep up with the player’s demands and wants.

This guideline has allowed them to quickly switch into an innovative mode, allowing the production of games that seek to out latest trends, taking the best bits and making sure that players like the slots. It has resulted in an impressive collection of games, which you should check out.

Before we get to the actual slots, it’s worth mentioning that the company has put a lot of effort into building a working tournaments system. The prizes in these can grow into considerable sums. The tournaments are offered through casinos, and they can apply to players of that particular casino, or all casinos that offer Arrow’s Edge games. There’s a wide variety of different game types to enjoy, including freeroll tournaments that require no entry fee.

The company has really taken mobile gaming seriously, which show in the way the interface for these slots is built. It’s no just about HTML5-compatibility, but straight-up design choices that make the games look and feel good on smaller screens.

Jackpots and other features

Competing with the big jackpot producers, like Microgaming or Net Ent, is a difficult task. At least if you are aiming for the biggest pots with more players. Perhaps that is why the company hasn’t chosen to entice the player with pots that go into millions, but rather with progressive jackpots that reach their peak faster, and have a better chance of firing.

Besides the jackpots being a common feature you’ll also run into bonus spins, wilds and multipliers but not in such a basic format.

All of these tend to be combined with some further functionality, which makes them more interesting, exciting and usually more effective. For example, the wilds can be sticky, the bonus spins can come with mini-games, and the multipliers...well, the multipliers are high.

Themes and a peculiar style

Arrow’s Edge offers both traditional themes, such as the Cleopatra, as well as dipping into sports, history and mythology in general. Their one endless source of inspiration seems to be the animal kingdom, with quite a few slots using themes such as lions, dogs, parrots, dragons and so forth. Into this mix, you can add an array of sci-fi and fantasy products.

The graphical style is quite interesting and certainly stands out amongst all the competition. The are hard to describe, but they are clearly influenced by comics, video games, soft colours and simple lines. With a surprising number of animations to spice up the reels, these games are a must-see!

Days of Our Slots

Review
Play
load more load all
There are 12 slots remaining