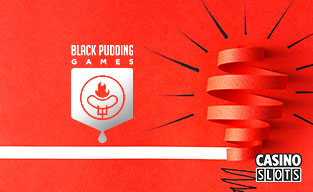 As the iGaming industry is growing rapidly by the day, we get evidence of the emergence of numerous software developer studios. Do they all deserve our attention? In most cases, the answer would be no, but from time to time a new little studio shows up and blows everyone’s brains out…

Black Pudding Games is one such studio, brimming with creativity, necks and shoulders above the hundreds of others that drown in the sea of mediocrity.

Do you even know what black pudding is?

We know it sounds like some mysterious softy thing to satisfy your sweet cravings, but it’s far from that. It is actually a certain type of sausage made from pork blood. Isn’t that simply awesome?

Perhaps we should start from the very beginning, and it dates back to 2018. It was then that the three industry experts united for this common idea to establish a software company that would be different from everything else that was available on the market at the moment.

These guys have more than 30 years of combined experience in the entertainment industry, but they are still guided by their curiosity. This is what drives them to run their “not just another bloody sausage factory” and aim for world domination.

What About the Deal with 1X2 Network?

We’re pretty sure that the good folks at Black Pudding Games would do totally fine on their own, but on the other hand, we’re also glad that they’ve managed to jump on one of the latest bandwagons in the industry.

…they have signed a very lucrative deal and became one of the exclusive developers for the 1X2 Network.

As of 2020, these fellows have joined some of the flashiest names in the industry to be served at some of the most prestigious online casinos around the world. The platform also features Leap Gaming, Playson, GameArt, Habanero, PGSoft, Oryx, and Gamomat, along with the proprietary studios 1X2 Gaming and Iron Dog Studio.

“This is an excellent fit for us and means we can build our distinctive brand of games on one of the most sophisticated and well-established remote game servers in the industry. It also means we can access one of the largest distribution channels around the world.

We see this partnership with 1X2 Network as being instrumental in the future of Black Pudding Games and believe it will prove to be hugely successful for both parties, delivering a brace of intriguing new game formats into the hands of eager players worldwide in the process.”

When asked to comment on the lucrative agreement, Kevin Reid, the Chief Commercial Officer at 1X2 Network had this to add:

“I am delighted to welcome Black Pudding to the 1X2 Network family and for it to begin developing its highly innovative instant, slot and casino games on our remote game server.

We areproud to support smaller, more niche game developers and look forward to offering Black Pudding’s unique titles to our operator partners across the whole of the 1X2 Network infrastructure.” 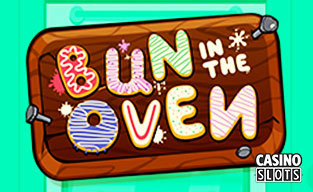 Don’t get too excited as Black Pudding Games only have three games in the portfolio so far, out of which only one is an actual video slot.

Slice & Dice and Bun In The Oven are actually what they refer to as “the dynamic duo of Super Selector Scratchcards”.

These are very clever re-imaginings of popular Match 3 online scratchcard formats, where the former puts you in the role of a “scratchcard surgeon”, while the latter challenges you to create the ultimate cake. Both of them come with the unique Super Selector Bonus and Custom Pattern Autoplay features.

Aeterna is their first video slot ever and the world’s first Orbital Reactor game, as well. It involves what they call the Orbital Paypath, a very unique reel arrangement where you are supposed to match three or more symbols at once.

The game comes with Free Spins Bonus and Twin Win Booster Bonus features to make things even more interesting, while the relatively high RTP of 96.19% guarantees that it can provide some rather good times.

In 2018, they started as a small development studio, and it only took them less than two years to take on the entire iGaming sphere. These guys are very keen on being different from the norm, and so far this strategy seemed to work just fine…

That’s mostly due to the fact that the quality and creativity behind all of their products have led to some lucrative deals being signed, and from 2020 they operate exclusively as an integral part of the prestigious 1X2 Network.

So, it’s fair to say that the sky's the limit for these fellows. Keep an eye on them, they are sure to bring about many little gems in the forthcoming future.