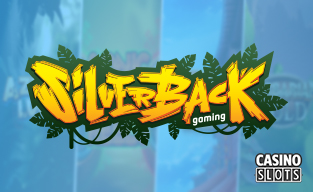 What happens when bringing fun to millions of people worldwide is not a job, but a life purpose? The result is a brand with a bright feature in the gambling industry such as Silverback Gaming. From its inception in 2019, this brand is rapidly gaining the trust of the community.

Well, the main reason is that it stands behind its words. Many software developers will claim that their goal is to create a premium playing experience, but only a handful fulfill their promises. This brand focuses on creativity and innovation as its core philosophy, while its products are showing that’s not just empty words.

Its portfolio is still in the making, but what’s in it is a clear demonstration of the company’s potential. Wanna know more about the slot games by this shining star on the iGaming sky? Then just keep reading...

It's not usual for a provider with only one game under its belt to be seen as a rising brand. Except in the case that game isn’t a piece of art. That’s precisely the case with Aztec Luck slot – the brand’s first and, so far, only release.

Although the theme isn’t fresh...
…the suburb graphics and design are making it seem brand new. The slot takes players into the depth of the Central American jungle, where historic and peaceful temple surrounded by magic and mystique lays.

Those lucky enough to unlock the mysteries of the ancient civilization and bring the temple to life by triggering features might face some quite nice winning potential of up to x5000 the stake! While the 5x3 setup might suggest simpler gameplay, its nothing of the sort due to the engaging bonus round.

The RTP of 95% is a bit disappointing...
…but the overall gameplay is quite entertaining. Besides a very appealing presentation, the extra spin feature combined with expanding symbols is increasing the excitement significantly.

Speaking of bonus rounds...
…there is the one called Spins Of Plenty. It will be a regular extra spin feature if there weren’t some interesting twists:

Maybe the best testimony of the quality of the provider’s debuting title is the fact it has drawn the attention of the industry’s giant Relax Gaming. The brand has become the part of its Silver Bullet partner network, which was quite an accomplishment.

Not only the Aztec Luck gain exposure through numerous online operators...
...that are a part of the same network, but it has also reached players worldwide. Punters from many jurisdictions were able to enjoy the game in their native language which is a big perk.

Silverback Gaming is dedicated to compatibility that goes beyond the mobile optimization - its products are available in 36 languages! Combined with other great features of its slots, this puts the provider on a map and mark it as the rising star on the iGaming market. We can’t wait to see what new exciting games are waiting for us from this brand, and until then you can try out Aztec Luck in both demo or real money mode.