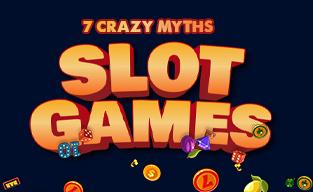 When it comes to gambling, whether online or in brick-and-mortar casinos, there’s no doubt about it: slots are king. There’s a reason why, when walking into a casino anywhere in the world, players will see walls and walls of them!

The popularity of slot games has given rise to a whole host of myths, misconceptions, and misunderstandings. Let’s take a closer look, see what’s true, what’s false, and what players need to know in order to stand the best possible chance of winning big.

Myth #1: The Game is Rigged

This is the mother of all myths, the one from which most misunderstandings proceed. Take look in any online gambling forum, or strike up a conversation with any seasoned punter taking a break in a casino, and this is the number one complaint:

“There’s a system! It’s rigged against the players! And you have to be smart to beat it.”

Maybe it’s natural that, so much left to luck, gamers risking their hard-earned money see ill intent where there is none. And maybe, in earlier eras, this was a legitimate concern.

In the modern era, though, technology has stepped in to ensure this is not the case. Today’s slots come with built-in Random Number Generators (RNGs). These ensure that gaming outcomes are truly independent, so that the casino or platform is unable to manipulate reel outcomes in any way.

So while the house will always retain an edge, players can generally trust that a reputable provider has not rigged the game against them. 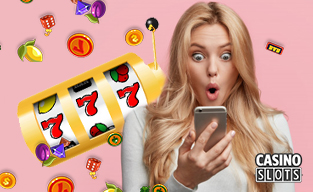 Even experienced players are prone to this fallacy. If and when they hit it big, they will instantly change platforms, thinking that where one big payout has been awarded, another is unlikely to appear.

Lightning doesn’t strike twice, does it?

Well, the RNGs mentioned above makes certain that lightning is equally likely to strike on any spin. One event is not related to the other, and today’s casinos are under a great deal of regulatory pressure to make sure that it remains so.

Casino operators take adherence to regulations very seriously, and it’s not out of the goodness of their hearts! Providers can face stiff penalties for failing to live up to their responsibilities and are strongly incentivized to keep play fair.

Myth #3: When a slot hasn’t paid out in a while, a jackpot is due any minute.

This is kin to Myth #2 above. If ten flips of a coin in a row come up heads, what is the chance that the eleventh flip comes up heads as well? Isn’t tails due?

This is a clear example as any of the gambler’s fallacy. Tails are never due. In the above example, the chance of heads landing an eleventh time is 50/50. The events are not related. The same is true in slot play.

Myth #4: All gaming symbols are equally likely to appear on the reels. 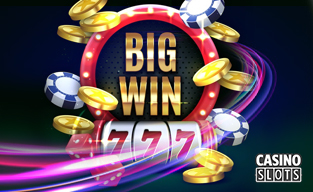 This misconception is easy to understand. When the reels are at a standstill, only the displayed symbols are visible; when they’re in motion, the speed makes it hard to get a sense of what’s on them.

But the sad truth is this: higher-paying symbols occur less often than lower-paying ones. This is why small wins are more common than large ones, no matter the level of variance a given slot may offer.

Myth #5: Wins are more likely (or more sizable) during special hours or during tournaments

Again, it’s easy to see why punters may come to the conclusion that jackpot wins are easier to achieve during busier hours.

But RNGs render this impossible.

If experienced gamers think otherwise based on personal experience, there is a more likely explanation: when more people are playing, the chance of a jackpot being won by someone is much higher than when fewer gamers are active. But this is a factor of how many gamers are active, not the circumstances of their gaming.

Myth #6: Autoplay is rigged against players.

Plenty of punters know the feeling: play is going well, autoplay is engaged while the gamer takes a short break, only to find that upon their return that things have taken a downturn.

Surely, autoplay must be to blame!

Alas, no such luck. The same RNGs are active in normal play as when the automatic is engaged.

If players notice a difference in their fortunes, the likely cause is speed. Action can get very fast indeed while a gamer’s attention is elsewhere. Losses can mount quickly.

This is part of the reason why we strongly recommend activating loss limits when autoplay is engaged.

Myth #7: There’s nothing players can do to improve their chances. 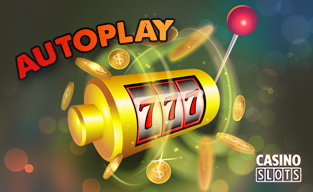 It may sound odd, after exposing the myths above, to suggest that players can control the outcome of their gaming sessions.

It’s true that with modern regulation and computerized random values informing all individual outcomes, that gamers won’t gain an edge over the house relying on of the superstitious tactics above.

The key thing to remember, however, is that not all slots are created equal! Choosing the right title and provider makes a huge difference.

The return-to-player ratio is absolutely the ‘secret sauce’ of successful slot play. Many punters don’t know that some slots offer RTP as high as 98%, while others may drop as low as 85%!

Knowing the RTP of a given title will keep players from throwing their money away on games that, though seductive with beautiful visuals and thrilling features, are mathematically certain to separate bankrolls from their former owners with extreme prejudice.

Paying attention to RTP, combined with awareness of the role of variance/volatility, will separate players from the competition and give them the best chance possible of success.