Special in many ways, branded slots are incredibly popular among the gambling community even despite the fact, they do not usually top the list of the best paying games. Indeed, can you think of something more exciting than hitting the reels to your favorite song or getting an award from your most beloved celebrity?

Even though SkyRocket Entertainment is far from being a pioneer software developer to produce virtual pokies based on Hollywood movies, this company definitely does it in a big way given a billion-dollar franchise for over 100 smashes thanks to a deal with Millenium Media.

In The Epicenter Of Hollywood Action 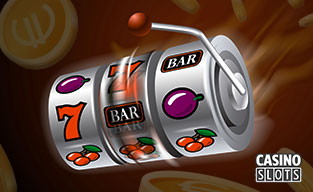 While Codename: Diablo! and The Last Drop are the first two Tinseltown stories made into spinning adventures, the whole bunch of blockbusters including Rambo 4, Hellboy, The Expendables, The Mechanic, London Has Fallen, Drive Angry are waiting in the wings to appear on the international iGaming stage.

Catered via Betconstruct network, both The Last Drop Golden Grenade and Codename: Diablo! Suitmaker have a 5x3 grid enhanced with 243 ways to win, free spins, multipliers, and a classic red/black gamble feature. While you’re playing, the most spectacular scenes from the films conjure up the atmosphere and best moments of the aforementioned titles.

... the two games have another major distinction as stunning spy girls can reward you with one of the four Mystery Jackpots! Mini, Minor, Major, and Mega prize can be triggered randomly at any spin providing your bet is sufficient for a certain level being at least €0.05, €0.25, €0.5 or €1 respectively.

Megaways™ On The Go

The Expandables is the first in a series of branded titles created as a result of the fruitful partnership with Stakelogic. Just as the original thriller starring Sylvester Stallone and Jason Statham, the slot is loaded with action, all the more so it’s powered by amazing Megaways™ - a unique reel mechanic licensed from Big Time Gaming. Able to generate up to 117,649 ways to win, it’s undoubtedly gaining momentum as more and more software studios equip their one-armed bandits with this state-of-the-art engine.

In its turn, a specialist in creating fully mobile-optimized video slots, We Are Casino is in charge of transferring precious moments of poker drama Deal and comedy Gun Shy onto the striking multiway playfields. That means, in addition to the best of these flicks, players can enjoy free spins and enthralling bonus games on small screens of their smartphones and tablets.

More Fun For All Tastes And Bankrolls

Branded content is the main idea behind the SkyRocket Entertainment offering yet it’s not the only one. Thanks to various partnerships, this entity is able to supply online casinos with a truly diverse selection of slots. For instance, the acquisition of The Games Company brought them a pretty awesome portfolio of top-notch releases such as Light Racers, Two Tribes, Cash Cowboy, Mariachi Mayhem, to name just a few.

In case you’re not familiar with TGC games...

... these high-class hunts for treasures are known for an astonishing range of stakes that benefit the most flamboyant high-pullers usually reaching several thousand British pounds. Still, some of their slots go even beyond the already impressive sums – for example, Light Racers lets you hit the road at a maximum bet of £25,000 while hilarious Two Tribes will stun you with a not-even-remotely-funny upper limit of £400,000!

Well, the great news is, premium visuals and rewarding extras designed by The GamesCo are not reserved exclusively for active whales. Quite on the contrary, all newbies and low-rollers can take advantage of an array of affordable wagers and enjoy the gameplay for just a few pennies.