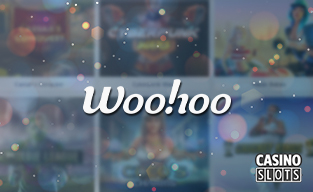 Even though it may not be the most genuine expression of happiness, you get the idea. What do you think they’ve named Woohoo Games for? According to the clever bunch that stands behind the somewhat silly name and an excellent palette of game products, they want the players to exclaim “Woohoo” while playing their games.

So, it sounds like a happy bunch of chums, right?

The idea and the concept may come off as a whole bunch of nonsense at first, but upon closer inspection, you will surely come to the conclusion that the games these guys make do put a smile on a player’s face, so they might be onto something here…

These fellows have started off in 2020 as self-proclaimed expert game makers, with one focus on their minds, and that is to deliver “flawless user experience and stunning user interface.”

Whichever game from the portfolio you choose to play, it will look and work equally well on any mobile phone or desktop device, which means that all of the titles were made using the latest HTML5 technology.

They have their “secret formula” by which they make all of their products, and it involves three main elements:

Surprise - Do you often anticipate something unexpected will happen? This is exactly what they aim for, and they try to incorporate surprises into the gameplay as much as they can.

Engage - To put it simply, the games need to have some sort of engaging story behind all the features and mechanics. They strive for a fully immersive gaming experience, at all times.

Reward - It is very important to reward the players, especially the most loyal ones. These games feature extra spins, bonuses, accumulated jackpots, and so much more.

Which Types of Games Do They Make?

Well, of course, the focus here is on the video slots, but they also have a handful of table games to offer to online casinos: Andar Bahar, Teen Patti Rapid, Teen Patti Pro, Spin The Wheel, European Roulette, American Roulette, and Let ‘Em Ride.

Since the focus of this review is on the slots, we'll put these aside for now and focus on the seven games they’ve made so far. Their suite gets enriched every now and then, but it’s fair to say that they put quality over quantity.

They range from simple, classic games that serve as an homage to the roots of gambling, to the most intricate modern titles that sometimes combine different themes to come up with something completely different from the norm.

All the games look amazing, and it’s clear to see that they’ve put a lot of effort into making these little gems. The graphics and animations are nothing short of jaw-dropping, and the gameplay is such that you’ll have a hard time taking a break. They will simply leave you begging for more!

Caesar’s Conquest - Do you think you are fit for an emperor? This is a luxurious game that dates back to the glorious times of ancient Rome. It comes with grand buildings, gladiator swords, and horse-drawn chariots, you know?

Cyberpunk Wars - Over here, you are welcome to explore the dark streets of a future world ruled by gangs led by high-tech rebels. This apocalyptic world comes dressed in wondrous, neon-lit graphics, and you even get to choose your sidekick. This may affect the course of your game greatly.

Racer Babes - Do Ferrari and Lamborghini sound like fun to you? Well, couple this with the hottest girls around, and some fast and furious action, and you’ve surely got yourself a winner! If you pick the right car you can turbocharge it and race to some amazing wins!

888 Deluxe - Most game developers have at least one fruit machine in the portfolio, but this one comes neatly wrapped up in massively wondrous neon graphics.

Zombie League - Have you ever played a video slot themed after soccer? Well, you surely haven’t played any games like this one, because it’s actually based on a soccer league played by zombies! No matter how strange it seems, the game is wickedly addictive!

Cleo’s Charms - Cleo is, of course, short for Cleopatra. No portfolio would be complete without a game themed after ancient Egypt, the pharaohs, and the mystical Queen of the Nile.

Cricket Kings - Made obviously for players from India and the UK, this one is based on one of the most popular sports in the world - cricket.

Woohoo Games is all about good vibes, good laughs, and simple fun. There are no hidden concepts behind this approach, and so far all we’ve seen were nothing but great results.

It’s clear to see that the small development company has amazing potential, especially if you take a closer look at the quality of the games.

We definitely look forward to seeing more from these guys. Woohoo!