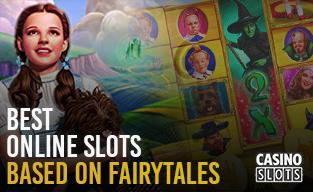 Once upon a time, one software provider decided to make an online slot based on the well-known fairytale about a young boy on his quest to become rich. Released by NetEnt in 2011, Jack and the Beanstalk became an instant smash hit and still remains highly popular today.

Even though this game was not the first to bring to life a world-famous old tale, it’s certainly the first that springs to mind when we think of a hot ticket slot with a fairytale theme. Over the past years, many big and boutique studios have tried their hand at creating innovative versions of Cinderella, Snow White, Pinocchio, Three Little Pigs, as well as dragons, elves, dwarfs, and other fantasy characters. Well, it looks like The Ugly Duckling is that rare title nobody has been interested in yet.

Anyway, not all of them won the hearts of players because a good story alone is never enough. Some games, however, are among punters’ firm favorites and in high demand at different online casinos. Here are the best slots to drift into a fairytale – some are inspired by actual tales, others are just so whimsical they qualify. 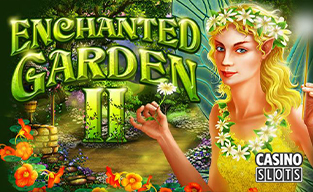 Sequel to the same-named original, Enchanted Garden II is a high-volatile fantasy world with fairies, unicorns, and other amazing creatures. In contrast to the predecessor, it offers 25 pay lines (instead of 20) and a better set of extras that includes two free spins features. Made by Real Time Gaming, this popular online slot can also brag of a decent maximum win, paying 50,000x bet line. The range of stakes starts at $ 0.01 and goes up to $25, so there is a chance to hit a truly impressive prize.

The Wizard of Oz

Based upon Dorothy and her adventures in the land of Oz, this game is the nearest thing to the famous Hollywood classic released in 1939. Players will easily recognize well-familiar characters able to bring pretty hefty payouts. Suitable for low-rollers and whales alike, The Wizard of Oz is available already at $0.01 a spin while the max wager is set at $150. WMS enriched this online slot with four bonus features, letting punters take advantage of wild reels, exciting pick games, and, of course, sought-after free rounds. 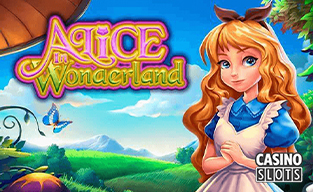 Alice in Wonderland is a true 3D masterpiece designed by Slotland, a proprietary USA-friendly software. Besides stacked wilds that cover the entire reel to create more winning combinations and bunches of free spins with a growing multiplier, this 5-reel 30-line game offers a Progressive Jackpot that pays at least $100,000. All in all, a great way to drift into a fairytale, all the more so, you can start spinning at as little as $0.02 per round. 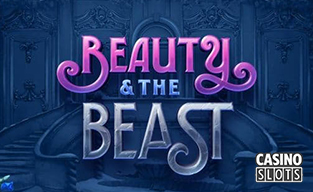 Based on the legendary French fairytale, Beauty & The Beast was launched by Yggdrasil in 2017 to become an immediate success. Lavish visuals and enchanting soundscape are not the only perks offered by this casino game, which also boasts some engaging and rewarding extras. The Golden Bet feature is the main highlight of the story, increasing chances to strike additional free rounds or unlock more bonuses. The free spins mode deserves special mention since it offers players the help of three ghostly servants – the Butler, the Chef, and the Maid – each of them has a very important role and can either bring random wilds or nudge and sync reels. 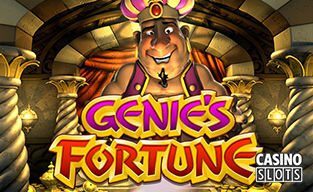 Inspired by The Arabian Nights, a magnificent collection of worldwide popular tales such as Aladdin and Sinbad the Sailor, Genie’s Fortune is an immersive story about a charming genie that kindly grants three wishes. Click three or more lamp icons on an active line and to trigger the bonus and release the Genie who will offer you to choose between wealth, fame, everlasting love, travel, wisdom, and long life. Not an easy choice, isn’t it? Betsoft also enriched this game with wild symbols, free spins, and the hilarious ClickMeCrazy money that awards instant prizes. 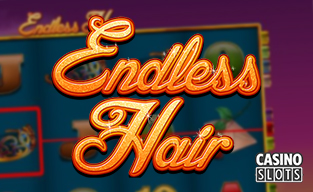 Endless Hair is a beautifully rendered story of Rapunzel originally written by the Brothers Grimm and turned into a top-notch online slot by Swintt. Stacked wilds and the Wheel of Fortune bonus make this 5-reeler even more captivating – free spins with multipliers are still one of the most beloved extra features. This game comes with a solid RTP of 95.35% and a matching betting range that begins at just $0.1 and goes up to $100. It also has a gamble feature that allows players to double or quadruple their prizes by guessing correctly the color or suit of a playing card.

Wish Upon A Jackpot Megaways™ 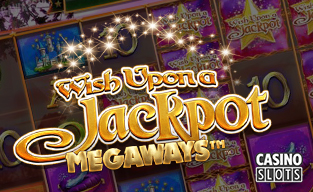 Our list of fairytale-themed online slots wouldn’t be complete without a game driven by the ever-popular reel mechanic designed by BTG and able to generate up to an incredible 117, 649 ways to win. Wish Upon A Jackpot Megaways™ gives players access to the enchanted woodland where characters from different stories (including very popular yet unknown to many Jack) live together, generating plenty of chances to win up to 50,000x stake. The names of the bonus features say it all: Magic Beanstalk Stacked Wilds, Pigs Can Fly Wilds, Golden Arrow Mystery Spin, well, you got the idea.

This title is chock-full of free spins and is available starting from $0.20 a spin. Even though some slot buffs think that the original 20-line Wish Upon A Jackpot offered more diversity in terms of characters, fans of Megaways™ like the remake’s gameplay and increased winning potential.