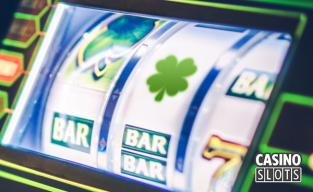 While we are still basking in the afterglow ...

... of the fascinating movie that tells a story of 6 gifted MIT students who have perfected the art of card counting in blackjack, many slot players continue to wonder whether there is a betting system they can apply to hit a big win.

Well, if anything, the gambling world has no shortage in various strategies and techniques, which are often nothing more than myths that are too far from reality.

Created by renowned mathematicians or made up by cheery pranksters, these carefully crafted theories are intended to show the best way to success.

Do they really work?

We will answer this question, but first, let’s take a closer look at some most popular options.

Generally, all existing betting systems can be divided into two categories: positive and negative progression. Quite simply, the main difference between them lies in the moment of increasing stakes.

If when using the first tactic, punters raise their wagers with each win, by bringing into play the second one they do it after a losing round.

Broadly speaking, the positive sequence lets the punter take advantage of winning streaks and requires less funds, while the negative series, obviously, call for a hefty bankroll, being at the same time riskier. 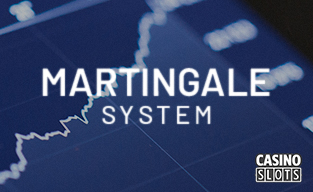 Named after the owner of a British playing house, Martingale is, perhaps, the most frequently mentioned system, both on casino floors and across numerous online gambling platforms, that can be employed for slots.

... it is one of the easiest methods to implement – all you need to do is double your bet after every non-winning spin, and stake one pre-decided base unit after every triumphant strike.

As a negative progression, it does insist on solid capital – even if you start spinning the reels with just $1, after seven unsuccessful hits you will have to wager $128, while your bankroll is already „lighter“ for $127.

Similarly, if you begin, let’s say, with $10, then after just five fruitless hits you will have to place a pretty impressive bet of $320.

Doing math is always good. In this particular case, it actually shows you that Martingale probably could work in some dreamlike universe where your funds are infinite.

But we live in a real one and play one-armed bandits powered by sophisticated RNGs that make sure the result of every single spin of reels is random and absolutely independent from the previous rounds.

After all, John Henry Martingale didn’t invent the system, he only recommended it to the visitors of his gambling establishment. 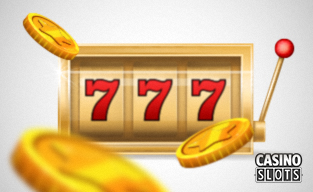 While Martingale spawned loads of additional variations based on the same idea and as ineffective as the original, some punters take a different approach to the whole thing by limiting the length of sessions played at a certain title.

Also known as „Play and Run“ since originated in the brick-and-mortar atmosphere, it is all about spinning the reels of the same game for not more than, for example, 5 minutes.

But even considering the fact that modern online casinos offer their guests a plethora of slots to choose from, such a „system“ doesn’t look really dependable in terms of increasing chances of winning.

There is no betting system that can change the house edge of the game. But it doesn’t mean that nothing could be done to improve the experience.

Quite on the contrary, clever use of casino bonuses, spins, comps, and other perks can make your pastime incredibly exciting!