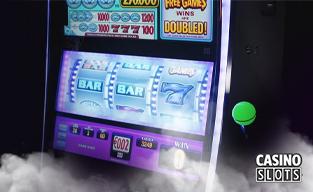 The most popular type of casino games, online slots are always in high demand and this May is not an exception. With the number of software providers growing exponentially, the global market of virtual machines has never been more diverse aiming to offer something for everyone, literally.

Naturally, not all of the sophisticated one-armed bandits rock and often it’s pretty hard to figure out why such a fantastic at first glance release has failed to become a worldwide favorite. Although there’s no accounting for taste and it’s impossible to find two players that would fully agree on a list of ten best titles, some games continue to soar high for years while others have been quickly forgotten.

...vary greatly in terms of themes, volatility, and bonus features but they certainly have one thing in common – players love spinning their reels! The roster below covers all major markets including the USA, Canada, the UK, and others. It is compiled in no particular order but it does feature hot ticket games at online casinos across the globe.

Why Are These Top Online Video Slots So Popular In May 2020?

Well, we’re about to unveil all the interesting details on the top-rated spinning adventures. By the way, if you’ve never tested the winning potential of Mega Moolah, it’s time to give the world’s largest progressive network a shot. After paying out a whopping CA$16M Jackpot in April, in May it strikes again and for the first time under water as Atlantean Treasures™: Mega Moolah (launched at the end of February) debuted with a colossal €7,7 M prize!

Speaking of the progressives...

...RTG’s Shopping Spree and Aztec Millions remain among the most beloved slots with the current value of their jackpot being $4,8M and $3.62M respectively. Monster Madness by Pragmatic Play is also doing pretty good reaching $3M mark. In its turn, NetEnt’s Hall of Gods Mega, which recently paid off €3,8M prize is €1,7M heavy. If you’re looking for your perfect match enhanced with bonanza, check out our Jackpots page for the full list of available options.

Back to Venus (Betsoft) 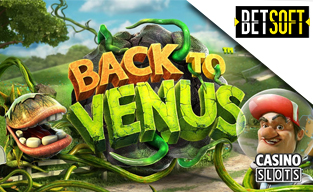 Sequel to It Came From Venus launched last month, this 5-reel and 20-pay line slot takes players on the next stage of the action-packed alien journey with a maximum payout of 4,338x bet.

Betsoft’s cinematic quality animation is complemented by an authentic soundtrack and a truly impressive set of extras including revolutionary Second Chance feature that allows the toothsome plant character to find its way home. Besides random Prickly Sticky and Respin bonuses, punters can take advantage of Flowering Wild Bursts that brings a free respin and a higher chance for Asteroid wilds to land on the reels and stick for the two following rounds.

...of the brand’s classic content and fantastic state-of-the-art add-ons, Back to Venus is chock-full of free spins triggered by rocket ships. The cool thing is, treats on the house come with sticky wilds and an opportunity of activating multiplier wilds. Considering all the aforementioned benefits, no wonder, this futuristic story was so warmly received by the gambling community.

Although Starburst is unrivaled in terms of popularity, it’s far from being the only one to win the hearts of slots buffs. The first game in the magnificent NetEnt’s portfolio to be driven by an innovative mechanic able to generate unlimited ways to win, Gods of Gold: InfiniReels™ is a 3x3 fruit machine that stuns with high volatility, wild substitutions, re-spins, multi-slams and win spins.

...which are not the same as Infinity Reels, every winning hit presents players with a new reel and multiplies the number of bet ways by three from the starting number of 27. Landing three or more scatters will activate the Win Spins feature, further ramping up the excitement and ensuring a winning bet way on every single spin to maximize payout potential.

According to many, RTG slots are among the best in the industry. Indeed, the first choice for players in the USA and Australia, some of them also enjoy great popularity at online casinos focused on the European market.

Cleopatra’s Gold is such an example. Despite pretty simple visuals and standard reel mechanic, it’s a true universal favorite. In fact, the latter comes as no surprise given its hefty progressive jackpot and incredible affordability. The minimum bet is only $0.01 a spin, and once you manage to activate free spins boosted by tripled wins, you’ll certainly place this slot on your own must-played list.

Creator of legendary Book of Dead, Play’n GO continues to make games destined to end up on the list of top online video slots. Just recently released, the 5x3 spy adventure called Agent Destiny is on its rocket ride to join the A-crowd. Inspired by pulp comics, TV series, and movies of the ‘50s and ‘60s, it’s a true masterpiece in terms of design and style thanks to famous comic book cover artist Adam Hughes.

While the main character brings to life well-known virtues of James Bond, the game is enriched by an imposing set of extra features that befits the most powerful spies. Free spins are nicely combined with linked reels and mega symbols designed to give the impression of comic book panels and, of course, deliver plenty of exciting opportunities for players to collect wins.

Packed with bonuses and super rounds, Popping Pinatas is all about Fiesta that is the time of pure fun. Happy go lucky mariachis Pancho and Pepe, beautiful dancer Catalina, who is constantly looking for her adorable yet naughty chihuahua Pequeno – just as the majority of Rival slots, this amazing story is more akin the best Hollywood movies.

...colorful peppers, sombreros, guitars, and, of course, pinatas and tequila, this 50-line title is also rich in bonuses. Hitting at least three pinata icons will trigger the Pick 'em Pinatas Bonus Round and all you need to do is to break the pinatas and win coins! Once you succeed to enter the Super Round, three or more Missing Dog icons will lead you to the Where's Pequeño Bonus Round! Don’t miss the opportunity to find Pequeño and win a solid prize! 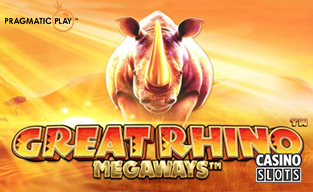 The latest title presented by Pragmatic Play is nothing but old good Great Rhino driven by licensed BTG Megaways™ mechanic. Inspired by the African Savannah, the new version lets you win up to 20,000x bet by hitting lucky combinations across the 6-reel grid able to generate up to 200,704 ways to win.

Hell-rolling high volatile, Great Rhino Megaways™ is stuffed with free spins amplified by multipliers, giving players the choice of four different options. If you’re a fan of Megaways™, then this revamped classic is definitely worth a spin.

Although this thrilling 5-reel battle between two behemoths offers plenty of treats including huge multipliers and free spins with sticky wilds, it’s safe to say that the main attraction of this slot is Mystery Progressive Jackpot. Also called a must-hit jackpot, it can be won at random during any spin, in this particular case when it is worth $10,000.

Another interesting feature designed by Arrows Edge is the Titan’s Duel Bonus, which is actually a battle between Godzilla and King Kong. If you plan to win, Godzilla has to defeat King Kong and in the best scenario, you could walk away with a massive prize of 195x your bet.