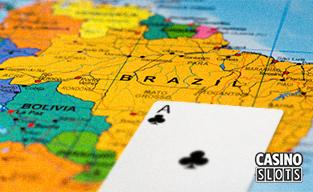 Until quite recently, Latin America was on the fringes of the global online gambling scene but in 2022, this strategic region is definitely in the spotlight of both casino content suppliers and operators. This fact comes as absolutely no surprise given that emerging markets in LatAm bring plenty of opportunities for all industry participants.

Over the last decade, there has been significant growth in the number of online casinos and sportsbooks launched across the region every year. It’s worth mentioning that US companies did not waste time in vain, making pretty big moves in order to secure leading positions. For instance, Chicago-based Rush Street Interactive was among the pioneers of iGaming in LatAm, debuting in Colombia back in 2018 with its ground-breaking RushBet platform.

Just like the vast majority of punters worldwide, customers of gambling websites that cater to residents of Brazil, Mexico, Colombia, Argentina, and other LatAm counties love playing casino slots. Other popular games among the locals are bingo and poker, with other types of Vegas-style entertainment gradually making their way to the audience. The specificity of the region is that mobile gambling is the mainstream there since, for a great many people, their smartphones are the only available way to access the internet.

Although Latin America is often viewed as a kind of a single entity, when it comes to online gambling, the countries in this region should be considered separately because respective regulations and policies differ from one market to another. Here is a recap of the current situation and the latest developments in the major LatAm markets.

The most populous country and the biggest iGaming market in the region, Brazil is still predominantly a sports nation with a huge passion for betting on soccer and other sports such as horse racing, MMA, and basketball.

However, more and more visitors of gambling websites are getting interested in top-notch online slots and live dealer games thanks to EstrelaBet and similar off-shore platforms that offer exciting content from Pragmatic Play, Spinomenal, Evolution, and other big-name software providers to the local players.

To take advantage of the tremendous opportunities brought by the iGaming industry, Brazil introduced a new set of regulations in May 2022. It is expected to take effect this month, letting both new and existing operators obtain gaming licenses for a period of five years at a fee of about $4,4M.

Second to Brazil in terms of population, Mexico has a pretty vivid gambling sector that boasts an annual revenue of $300M. While the current legislation leaves plenty of room for different interpretations, the entire situation is favorable for the further growth of the industry.

There is no need for online casinos to apply for a special license since authorization and partnership with a licensed brick-and-mortar casino are enough. Exactly that way the already mentioned RSI launched RushBet.mx in June, leveraging its exclusive partnership with Mexican media conglomerate Grupo Multimedios.

Even though not as large and populous as Brazil and Mexico, Colombia is the region’s trailblazer in regulating online gambling. Since 2016, both operators and players have been able to enjoy the full benefits of the regulated market, with its secure environment and a rich choice of games from the world’s leading providers.

Slot buffs in Colombia do have a plethora of options right at their fingertips, being able to spin the reels of the most action-packed titles created by NetEnt, Betsoft, Play n’GO, and many other top-tier developers. Local players can also put to the test a wide variety of Yggdrasil games enhanced by Splitz™ and other innovative mechanics.

As Colombians gaming enthusiasts are constantly looking for something fresh and even more engaging, operators make every effort to replenish their already massive libraries with the latest slots, new live dealer tables, and unusual variants of poker and other card or dice games.

Organized under a federal concept, Argentina does not have general gambling laws that apply throughout the country. Instead, each of the 23 provinces plus the City of Buenos Aires (which enjoys a status similar to that of a province) is given its own regulatory competence.

Roughly two-thirds of them have already enacted online gambling regulations, however, it is impossible to speak about a unified approach to the subject. Anyway, the City of Buenos Aires, which is home to over one-third of the country’s population, gave the green light to partnership deals between local and foreign companies in 2021.

Soon after that, software developers and operators flocked to get their share of the newly opened regulated market. One of the most recent approvals granted by the Lotería de la Ciudad de Buenos Aires (LOTBA) was received by Pragmatic Play for its live casino products. The company became the very first licensee allowed to offer live games across the metropolitan province.

Incredibly passionate about lotteries, people in Argentina also do not mind shouting for bingo prizes, supporting their favorite sports teams, and, of course, they fancy modern video slots and other popular casino games.

The first thing that comes to mind in regard to Costa Rica is that it’s a popular gambling jurisdiction for offshore online casinos. Namely, foreign operators are not allowed to provide services to Costa Ricans but they are very welcome to pay for a so-called "data processing" license and cater to players who live in other countries.

Still, to tap into the wondrous world of Vegas-style entertainment, locals can access land-based venues, though the assortment of games there is far from being rich and diverse. Needless to say, several bean-shaped tables and a couple of dozen one-armed bandits cannot rival endless rows of titles available at online casinos.

Peru does not have regulated online gambling, hence generally considered a gray zone. The majority of operators available in the market are licensed in other jurisdictions, primarily in Curacao and Malta.

Even though citizens of Peru apparently prefer sports betting over casino games, many A-class software providers, including Booongo and Pariplay, rushed to establish their presence in that market through agreements with various operators.

Similar to Costa Rica, Belize is home to many offshore gaming sites launched by foreign investors, mainly from the United States, Canada, and the UK. With the annual license fee of just $10,000, this English -speaking country is an attractive gambling jurisdiction for operators, however, from the player's point of view, the Belize license does not offer too much in terms of customer protection.

Lacking the necessary prerequisites for success in developing regulated online gaming markets, Bolivia, Ecuador, Venezuela, and other LatAm countries are still under the radar of casino operators. However, the situation can change as more governments recognize the benefits of regulated iGaming.

As for the already established markets, localization is key for all providers who want to succeed in culture-rich Latin America, therefore existing operators offer their services in a variety of dialects, including Mexican Spanish, Rioplatense Spanish, Brazilian Portuguese, and Colombian Spanish.