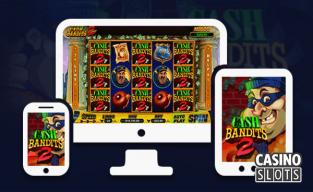 Wonder what video slots were popular in the first month of 2020? The short answer would be: completely different!

Taking into consideration the ever-growing number of new releases constantly added to the already loaded lobbies of online casinos, the incredible diversity of titles in demand comes as no surprise. Software providers are crazy busy striving to cater to all tastes extending the range of themes and experimenting with reel mechanics and extra features.

It’s nice to see, that Aussie and US-friendly game suppliers such as RTG, Rival, and BetSoft, have made every effort to broaden their portfolios and offer punters an excellent choice of both classic 3-steppers and packed with bonuses video slots. Let’s take a look at those of them, which were played the most in January.

Enhanced with Minor and Major Progressive Jackpots, Cash Bandits 2 was a persuasive leader among the slots produced by Real Time Gaming. Extremely engaging thanks to stacked wilds and scatter wins, it also lets players take advantage of the exciting Vault feature, where free spins are triggered by a special code.

In its turn, 243 ways-to-win Plentiful Treasure offers four non-progressive Jackpots that can be won through the Golden Coin feature. This Asian-themed quest for gold is also enriched with free spins, wilds, scatters, and a gorgeous pearl that multiplies all wins it constitutes.

Even though the spooky season…

… is well behind us, launched last October Halloween Treasures is still one of the players’ favorites. With 243 winning ways on its 5x3 grid, scattered Crystal Balls, a very special Gravestone symbol, and four top-prizes, this trick-or-treat adventure has a lot to offer.

Released at the end of 2016, Sweet 16 continues to spread its festive vibes and delicious flavors sharing with us fantastic rainbow of bright colors, tasty candies, and free spins sweeten up by generous multipliers. The next in the line is inspired by ancient warriors 50-line Storm Lords. The game went live last summer and its medium volatility and impressive payouts were warmly greeted by the gambling community.

In the best traditions of its famous predecessor, Cleopatra’s Pyramid II continues to rule over online casinos. The game kept a standard 5x3 playfield with 20 pay lines, mighty Cleo is wild and can be stacked on the three central reels, and just as in the original story, magnificent pyramids are in charge of activating the bonus round.

Thanks to striking 3D graphics…

… you’re sitting in front of a real fruity machine with just one pay line but enhanced with a wild symbol and a bonus round! In fact, WGS seems to be very good at making 3-reelers as its 3x Wild Cherry and 20-line Wheel of Chance are beloved by players.

Stunning red-haired she-devil is the main attraction of Hot Hand – a high-class 3-stepper liven up by blazing wilds that help deliver impressive payouts on 5 pay lines. The appealing heartbreaker is followed by another 3x3 slot, Ten Times Wins that features well-familiar sevens, cherries, and bar symbols.

The Moon madness of Mystic Wolf takes place across 5x3 endless snow lands, where bonus spins come in decent bunches to bring solid prizes. The latter can be also said about somewhat spine-tingling Dark Hearts, a 5-reel vampire story. On the bright side, Popping Pinatas let you dive into a wondrous 50-line world full of Mariachi music, beautiful dancers, and chili peppers.

The most played Saucify slot in January was Cash Vegas – a fruit-themed 5-reel and 5-line game amplified with substitution of wilds, scatter wins, and free rounds. On the other hand, Nordic Wild can brag of one of the hottest Pick a Prize bonus you’ve ever played and a wailing free spins feature with doubled wins.

Action-packed Small Soldiers is worth a spin just for the theme along, yet the creators equipped this video slot with the Target Range feature where punters can demonstrate their shooting skills. While 7 Chakras has the power to unblock your chakras and fill you with positive energy with the help of free spins and multipliers, Zodiac tells you to follow your horoscope sign in order to achieve wealth and prosperity. 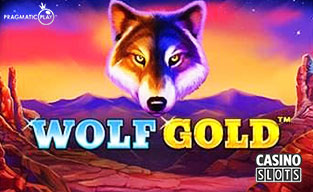 Wolf Gold is steadily the most popular slot from this software developer, which is no wonder given Blazing Reels, stacked wilds, and enthralling Money Respins it offers. Not less exciting Free Spins round spiced up with stacked symbols and win multipliers is waiting for you in Dragon Kingdom – another 5x3, 25-line video slot that stuns with superb graphics and intensive animation.

This’s not to say…

… people from Pragmatic Play are not interested in a classic scenario and their sparkling Aztec Gems can certainly prove this. However, it’s the only 3-reeler here as the other two games have a usual 5x3 layout. While 243 ways-to-win Greek Gods will surprise you with Random awards including cash, free rounds, and Wheel of Fortune bonus, 25-line Mustang Gold invites you to win up to 12,000x bet and hit one of the four jackpots!

Launched with a bang last autumn, Take The Bank is jam-packed with thrills and chills that go together with every bank robbery. With 75 pay lines and truly affordable betting range, this slot is, actually, a perfect match for low-rollers, all the more so, its bonus features can give a certain boost to your bankroll.

If you prefer to become rich…

… with the help of magic, consider Faerie Spells as its 1024 ways-to-win can generate awesome prizes including four Jackpots. 40-line Charms and Clovers has always been a fav of many slot buffs and with a good reason – it’s stuffed with world-famous lucky charms and pots of gold that hide free spins and cash awards.

Incendiary Chilli Pop takes you to the joyful Mexican village full of hilarious animals and spicy food. It also doesn’t lack all conceivable and inconceivable extras like Wild Pinata multipliers and Mule trail packed with bonus rounds. On the other side, Reels of Wealth are set under the sea and have exactly what it says on the tin: stacked scatters for massive wins and four whopping jackpots with Megastar bonanza as a cherry on top of the delicious cake.

Black Diamond JP, the most upgraded edition of the luxurious series, is at the forefront of the whole library designed by the Antiqua-based casino supplier. Partly due to the mesmerizing shine of gems but mainly because of its advantageous extra features (cash bonuses and free spins), this slot is in pretty high demand.

Just as its name says…

… Diablo 13 is dedicated to El Diablo or the devil and quite appropriately has thirteen pay lines. Definitely not for the fainthearted, it’s able to deliver imposing payouts and always desired free rounds.

In case, eerie darkness is not your cup of tea, switch to the bright and cheery Happy Circus, which will put a smile on your face! Besides positive vibes and free spins, this colorful place can offer you an amazing Pick Me bonus round.

And yes, the world is still fascinated by old good Mob bosses or otherwise how can you explain the fame of 20-line Reel Gangsters? Well, frankly speaking, there’s something more: a maximum win of $50,000 and a bunch of valuable add-ons.

This Malta-based brand is known for the fruitful partnerships with BetSoft and Pragmatic Play, in fact, some of the games IGTech caters to the Australian market are identical to those produced by the aforementioned studios. Thus, so beloved by Aussies Wolf Treasure is nothing but Pragmatic Play’s Wolf Gold we mentioned earlier.

Caishen’s Fortune, in its turn, is what in other parts of the world we know as Caishen’s Cash – a 243 orient story enriched with four fixed Jackpots and a pretty nice RTP of 97.08%. Queen and the Dragons is another gripping release that conjures up beautiful legends of ancient China. It has 5 reels, 25 pay lines, and is ready to give you a choice of five different bonus features.

In contrast to the previous slots, Wild Diamond is a great combination of juicy fruits and innovative bonuses that comprise free spins and four fixed Jackpots. Finally, Dragon Wilds is, again, a counterpart of well-known 8 Dragons – a lavish 20-line journey to the land of fire-breathing creatures full of stacked wilds and free spins.